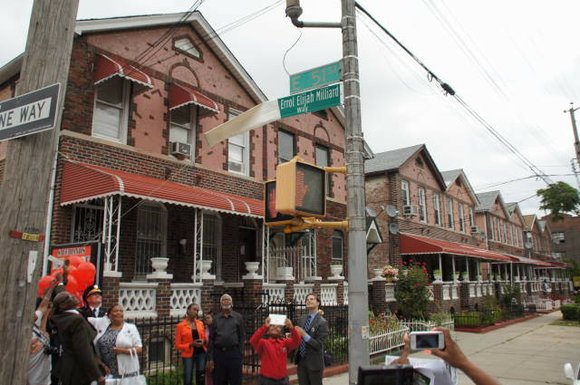 East 51st Street between Beverly Road and Clarendon Road is now co-named "Private First Class Errol Milliard Way," after Errol "Elijah" Milliard who was killed in combat in Afghanistan. He was 18-years-old. 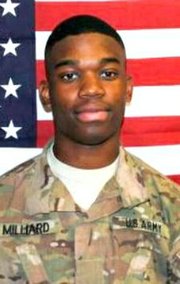 PFC Errol "Elijah" Milliard was killed in combat in Afghanistan in 2013 while serving in the U.S. Army.

Milliard, a Brooklyn native of Jamaican and Guyanese decent, began active duty in the Army on October 2012 after graduating from Fort Leonard Wood in Missouri. That February, he was deployed as part of Operation Enduring Freedom, where he was assigned to the 595th Sapper Company, 2nd Engineer Battalion, and 36th Engineer Brigade.

On a mission in Afghanistan with his unit on July 4, 2013, Milliard was killed in combat. Milliard was posthumously promoted to Private First Class, and was awarded the Bronze Star medal, the Purple Heart, and the Good Conduct medal, among many others.

"It's an honor to have my son recognized by having a street named after him," said Zuwena Milliard, mother of Milliard. "Since my son passed it has been a difficult year, and although I'm happy today, this has brought up many unhealed wounds. By serving his country, Elijiah knew he was doing what he had to do. I'm so proud of him for that."