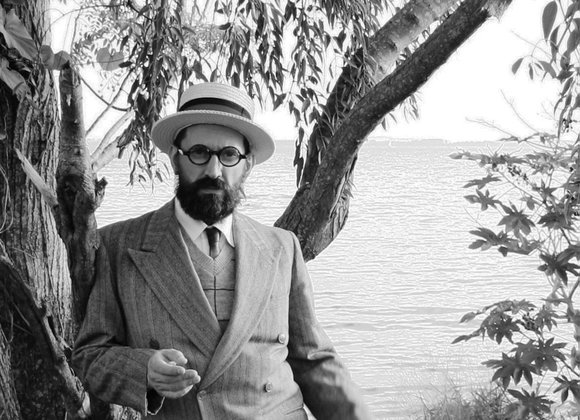 World renowned art historian, artist and author Paco Cao will launch a first-of-its-kind art residency series focused on the “Hidden History of the Harlem Renaissance” at the Harlem School of the Arts.

The new project will begin in the fall 2014 semester. It is inspired by the Harlem Renaissance and history and will take place over a course of eight workshops.

“I’m truly excited about this project,” said Cao. “My goal is to share with the students the possibility of working with several media lines and films for the same target. This is one of the reasons why I like HSA very much, because they offer the students theater, music, dance and visual arts, including photography and graphic design—the disciplines I will incorporate into the project.”

Cao moved from Spain in 1995 and is an artist based here in New York. “My intention is to create a story that will be comprised of historical facts and fiction,” stated Cao. “This story will involve not only documents you can find in books or on the Internet, but I would also like to include the personal history of the students and the students’ families.”

“I want to be able to combine the facts that are well known with the facts that are not well known,” said Cao. “There is also a very interesting historical situation in Harlem at the time this movement appeared. It was the transition from being mostly a Jewish community to becoming mostly African-American. That’s very interesting for me to be able to reflect and discuss with the students and make them aware of how history is important for arts and creativity.”

Cao is hoping to provide the students with the tools to become involved in the learning process and become emerged in the facts in a very active and dynamic way.

“Connecting with an artist with a resume, such as Paco Cao, is very important to HSA,” stated Ana Ruiz-Castillo, visual arts director at HSA. “We are always trying to get the best artists, and Paco Cao, an artist that has shown all around the world in the most important museums, is a great way to teach our students and for them to gain the experience of working with such an important artist.

“Since Cao has a doctorate in art history and knows a lot about Harlem, which is our theme for this year, everything seems to match perfect for the children to gain the experience that Mr. Cao is providing.”

The workshops will take place Saturdays from 1 p.m. to 5 p.m. The historical research aspect of the project will be carried out at the New York Public Library–Schomburg Center in Harlem, which focuses mainly on the African-American population and traditions. “Sometimes we will work at HSA, and other times we will go to different venues,” said Cao. “I want the students to understand the importance of researching in different ways.”

Cao’s plan is to get the entire school involved in the project, while also making it community-based. “My idea is to get the input of other teachers and the families of the students, so I can collect the graphic materials through the family history of those students as part of the project,” he said. “This way the project can grow in a way that is engaging for the people, easy to connect with and at the same time very reachable.”

Cao will make this project public by launching an independent website that will be linked to HSA. By launching the website, he hopes to get the students to understand the importance of the Internet and to share the research that he is conducting.