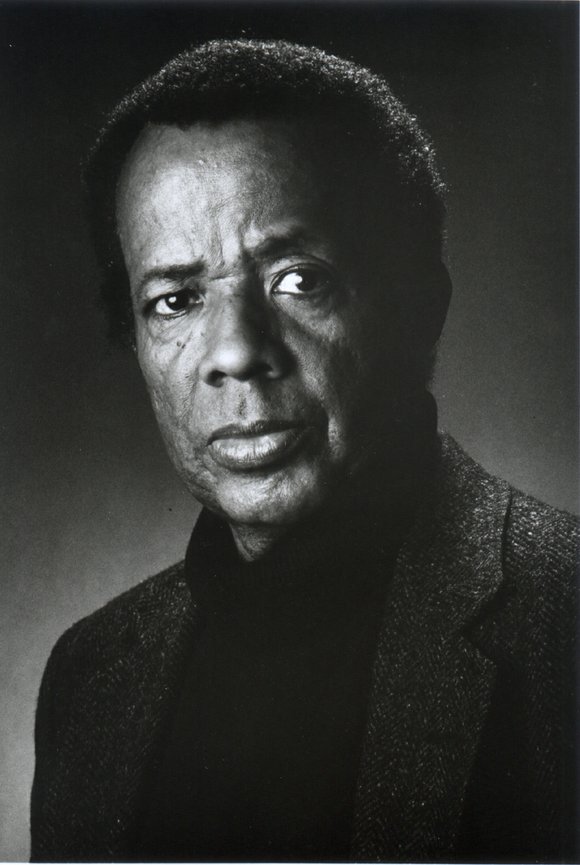 A native of Harlem and a prolific filmmaker, William Greaves, once remarked that he thought he would be a hurricane in documenting Black history and culture but settled for the fact that he was “only a single rain drop.” That single rain drop made a considerable splash and touched and inspired hundreds of artists, writers and filmmakers. Greaves, 87, died Monday at his home in Manhattan, according to his daughter-in-law, Bernice Green.

Of all his impressive work, “Black Journal” the television show, which he co-hosted and was later the executive producer, brought him wide recognition. It was a staple in many African- American communities, where it was appropriated and given local spins. Greaves won an Emmy for the show in 1970.

But Greaves was always a deeply inquiring artist. “Black Journal” was only a significant stop on a path that began in Harlem, where he was born Oct. 8, 1926. As The New York Times obituary noted, he was “one seven children of Garfield Greaves, a taxi driver and minister, and Emily Muir. He won a scholarship to the Little Red Schoolhouse in Greenwich Village and later graduated from Stuyvesant High School.”

He attended the City College of New York but was soon trying his hand in a variety of professions: boxer, dancer, songwriter and actor. At the American Negro Theater, founded by Frederick O’Neal and Abram Hill, Greaves polished his acting skills in the company of Sidney Poitier and Harry Belafonte. A versatile actor, he had parts in such Broadway productions as “Finian’s Rainbow” and Maxwell Anderson’s “Lost in the Stars.” If you pay close attention, you will appreciate his role in “Lost Boundaries,” with Lew Ayers.

Ever restless, Greaves was in motion again, choosing to move behind the camera. “I became infuriated by the racially degrading stereotypes that white film producers threw up on American screens,” he wrote in 1969. “It became clear to me that unless we Black people began to produce information for screen and television, there would always be a distortion of the ‘Black image.’”

By 1952, Greaves was residing in Canada, where he worked for the National Film Board for the next decade or so. Meanwhile, while working as an editor, writer and producer for the board, he refined his skills and later married Louise Archambault, who survives him, as does their three children, David, Taiyi and Maiya Greaves; two brothers, Theodore and Donald; a sister, Ruth Evadne Brooks; three grandchildren; six great-grandchildren; and one great-great-grandchild.

He was back in the U.S. by the mid-sixties producing films for the United Nations and the United States Information Agency. In 1968, his production of “Still a Brother” was an award-winning documentary that he did with William Branch, “about the Black middle class … [and] focuses on a group usually missing from American film, yet so crucial to the civil rights movement,” wrote author Nelson George. During this phase, he also began experimenting in film, using a film-within-film motif. The film he produced was “Symbiopsychotaxiplasm: Take One,” and not until 2005 did it appear to good reviews. Later, he completed a sequel, or Take 2.

To list his many accomplishments in film is a pretty lengthy endeavor, but we should note his highly regarded PBS documentaries “Ida B. Wells: A Passion for Justice” and “Ralph Bunche: An American Odyssey.” “The Fighters,” a feature-length documentary he produced and directed, about the classic match between Muhammad Ali and Joe Frazier in 1971, is among the best ever done on the men in the squared-circle.

Many film buffs are not aware that Greaves was the executive producer of Richard Pryor’s film “Bustin’ Loose,” with Cicely Tyson in 1981.

Like so much of his outstanding work in film, Greaves was never one to boast about his productions. They spoke for themselves, he once told a reporter—and they spoke with power and eloquence.