Cannon and Carey on the rocks? 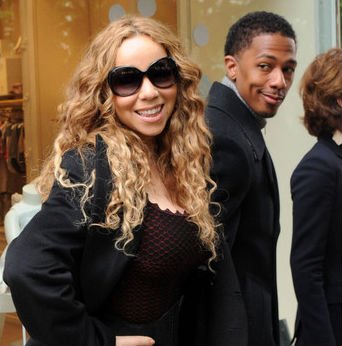 Nick Cannon confirmed that his six-year marriage to Mariah Carey is on the rocks. The 33-year-old “America’s Got Talent” host broke his silence Aug. 21 about his rumored impending divorce from the Grammy Award-winning singer. “We have been living in separate houses for a few months,” Cannon told “The Insider.” “Right now my main focus is my kids.”

It was reported that the high-powered couple has already gotten lawyers involved to negotiate property and custody agreements over their 3-year-old twins, Moroccan and Monroe.

Be sure to catch actress, producer and comedienne Torrei Hart as she stars in VH1’s new series “Atlanta Exes.” The cast features the exes of major Atlanta-based entertainers and celebrities. Joining Hart, the ex-wife of comedian Kevin Hart, are Tameka Raymond, the ex-wife of Usher; Christina Johnson, the ex-wife of Ceelo Green; Monyetta Shaw, the mother of Ne-Yo’s two children; and Sheree Buchanan, the ex-wife of former NFL player Ray Buchanan.

A savvy businesswoman and budding entrepreneur destined to empower women in 2014, Torrei Hart launched her nonprofit initiative SOAR, an organization developed to help women overcome adversity. Also this year, she teamed up with Skimpy Mixers and created her own low-calorie, low-sugar cocktail mixer.

“Extant” star Halle Berry and her husband, Olivier Martinez, were among the partygoers at the Emmys’ popular “Evening Before Soiree” Aug. 24. According to Variety, Emmy weekend was an endurance test of parties and preening. But there were no heavy sighs about having to attend the “Evening Before Bash,” which raked in more than $2 million for the Motion Pictures Television Fund.

The Emmy-eve fundraiser has become a welcome tradition for the biz’s top movers and shakers. For those fortunate enough to make the scene at the Lawn at Century Park, the “Evening Before” is the last call before the main event and the last chance to toast the nominees at a time when everyone still has a shot at winning.

Reports from the London Daily News suggest that Idris Elba may have secretly married his baby mama, Naiyana Garth. The paper says the actor was spotted wearing a new wedding ring last week. The couple is said to have exchanged vows in an intimate morning ceremony at a secret location before a few close friends and family members.

Aug. 25, media elite, including Audrey Bernard, Jeanne Parnell and Diane Thompson, gathered at the Shrine in Harlem to celebrate Inez Turpin’s new novel, “Who Made the Potato Salad?” Turpin is the sister of legendary publicist Irene Gandy. “Who Made the Potato Salad?” is a hilarious account of the behind-the-scenes antics of African-American women serving God and food. “Whether therefore ye eat, or drink, or whatsoever ye do, do all to the glory of God,” 1 Corithians 10:31.

Turpin believes that Christians, Southerners, churchgoers and African-American women will identify with the context but knows that the parable is meant for all to enjoy and will give a glimpse into the thriving world that is a part of the shared American legacy. “Who Made the Potato Salad?” is available at www.potatosaladbook.comand http://essencebookstore.com.