Amsterdam News in the Classroom 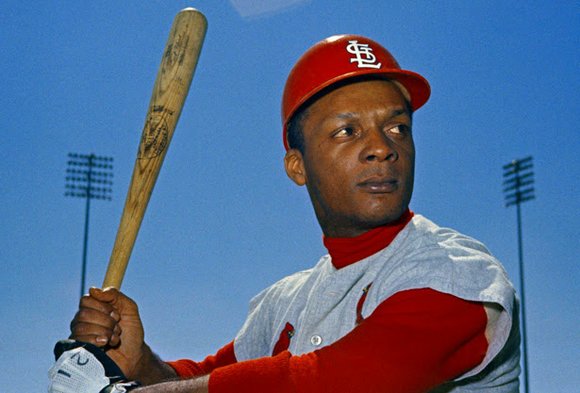 Not since Gabrielle Douglas won the all-around Olympic Gold Medal in 2012 has a Black girl captured the media like Mo’ne Davis. Her recent exploits in the Little League World Series were so remarkable that she ended up on the cover of Sports Illustrated. Much of her success as a pitcher is the result of mentoring and teaching by Steve Bandura.

Along with the baseball skills he imparts to his young players, he requires them to read about Jackie Robinson and what he meant to the sport and to civil rights. Bandura might also add a session or two about Curt Flood.

Nowadays, Flood is not a household name, but there was a time when he commanded as much media coverage as Douglas and Davis when he bucked a long-standing rule in Major League Baseball—he challenged being swapped from his team, the St. Louis Cardinals, to another team.

In 1969, at the end of the season, Flood was part of a major trade between the Cardinals and the Philadelphia Phillies, a trade including Cardinal catcher and future broadcaster Tim McCarver for Dick Allen, the most notable Philly. All the players involved in the trade were ready to go, except Flood. Not only did he balk at the trade, he decided to sue the Major Leagues.

Until Flood’s action, baseball players were bound by a reserve clause that tied them to a team for life. They were chattel property and, like Dred Scott, had no rights their owners had to respect. But Flood acted like a runaway slave, refusing to go along with a contract that limited what he charged was a breach of his inalienable rights. And despite earning $90,000 a year, he still believed he was nothing more than chattel.

Find out more: From a visual perspective, Curt Flood’s story is wonderfully told through an HBO documentary, and in Ken Burns’ documentary “Baseball,” Flood is singled out for his defiant stance against Major League Baseball.

Discussion: To what extent was Flood right about comparing baseball players during his career to slaves? What comparison can be made?

Place in Context: Flood was active during a period when the Civil Rights Movement was seen nightly on the evening news. Even so, very few African-American athletes felt compelled to get involved. What may have been the reason for that?

In his letter to Commissioner Bowie Kuhn, Flood wrote, “I do not regard myself as a piece of property to be bought or sold.” It was a hard line, but Kuhn was not moved to change the situation, nor did Flood receive any support from any of the current players, Black or white. However, two former greats, Jackie Robinson and Hank Greenberg, stood by him.

This wasn’t the first time a player had challenged the so-called reserve clause, but they were stifled because baseball, since a Supreme Court decision in 1921, existed free of the anti-trust laws. Flood had the cooperation and support of Marvin Miller, the founder and executive director of the Players’ Union and was willing to risk his career on what could be a no-win mission. Even if he was able to pull off a victory, it would be a damaging one and make him a non-person in the Major Leagues.

But Flood was undaunted, though ever mindful of the consequences. He seemed to be less concerned with his own plight than what his action and its success would mean to other players. Miller assured him that if he received a favorable outcome, it would forever benefit other players.

Other players ultimately did benefit, but not until 1976, when two other players chose to sit out a season and place the issue of free agency in the context of collective bargaining with the union.

At first, the decision, announced in 1972, looked pretty good for Flood, with Justice Lewis Powell voting in his favor. But Powell had to recuse himself from the case because he owned stock in the St. Louis Cardinals. After he withdrew, the vote was in a deadlock, but Chief Justice Warren Berger switched his vote, tilting the outcome against Flood, 5-3. While Flood was considered a free agent, this had no bearing on the League.

Aug. 25, 1968: Arthur Ashe is the winner of the U.S. Amateur Tennis Championship on this date.

Aug. 27, 1963: The great scholar and activist W.E.B. Du Bois died on this date in Accra, Ghana, on the eve of the March on Washington.

Aug. 28, 1963: More than a quarter of million people gathered in the nation’s capital for a March for Jobs and Freedom, led by A. Philip Randolph and where Dr. Martin Luther King delivered his immortal “I Have a Dream” speech.

That is, until Miller and his colleagues in the union sat down with management and hammered out a deal that brought higher salaries to players, allowing them to bargain their own worth and, in what might be considered an unintended consequence, brought the owners more profit. Everybody could go to the bank, except Flood.

He went into a tailspin, and with his career all but ruined, he dipped even deeper into alcoholism that he never was able to control. To some degree, the setback in court merely added to other episodes in his life in which he took some blows. As early as 1962, Flood, who was born on Jan. 18, 1938, in Houston, Texas, let it be known that he was more than just a gifted athlete. The Civil Rights Movement was gathering speed, and Dr. Martin Luther King was embattled in Mississippi when a 24-year-old Flood decided to join him in the fight against discrimination and segregation.

Two years later, the bigotry was more immediate, when Flood was barred from occupying a house he had rented in Texas when the owner discovered he was Black. Flood sued and won, but it was another reminder that despite his status as a prominent Black American, who had been so important in the Cardinals winning a championship, he was still viewed as an outsider.

Racism’s accumulative effect finally began to take a toll on Flood’s behavior and well-being. His first marriage fell apart; he found it difficult to endure the hate letters and phone calls without consuming more alcohol and smoking more cigarettes. Most disturbing were the death threats, which, along with the mounting debts from his failure to pay child support, prompted his move to Majorca, Spain.

His situation remained basically unchanged, and he was finally admitted to a psychiatric hospital in Barcelona. Thanks to his sister, he was able to return to the states, stabilize his topsy-turvy life and even meet and marry Judy Pace, an emerging actress who helped him to renew contact with his children.

He soon had time to reflect on a rather brilliant career in baseball with a lifetime batting average of nearly .300, with more than 1,800 hits, and he was absolutely peerless as a centerfielder with seven Gold Gloves to his credit. His hands were equally adept when gripping paintbrushes, and he was later able to sell his paintings for handsome sums of money—money that he needed to pay his debts, especially to the IRS.

It must have been a measure of vindication for Flood in 1970, when the owners and the MLBPA agreed to the “10/5 Rule,” allowing players with 10 years of Major League service, the last five with the same team, to veto any trade. This was, in effect, the Curt Flood Rule.

For a brief period, he was a baseball commentator for the Oakland Athletics in 1978, and 10 years later he was appointed to be the commissioner of the Senior Professional Baseball Association, which folded after a brief existence.

There would other ventures to establish alternative baseball operations in which he was involved, if only for his name, but more and more of his time was devoted to painting.

In 1995, he was diagnosed with throat cancer, and the treatment destroyed his ability to speak, though his voice and action would be heard loud and clear for many ballplayers.  Flood died two years later, and Rep. John Conyers ensured his legacy with a bill that protected the rights of baseball players as it did for other professional athletes.

What he couldn’t achieve while alive became part of his legacy after his death.