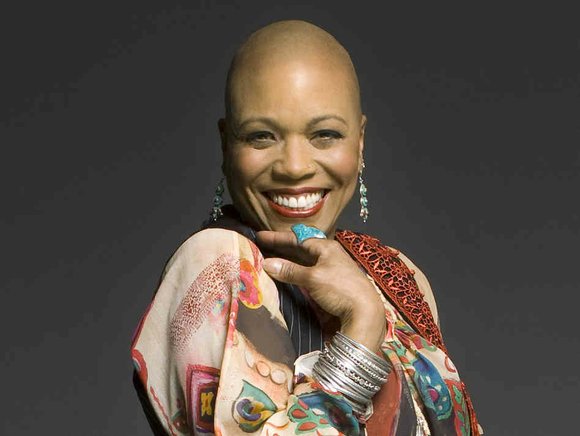 Greetings! After a busy weekend, including the end of GBE “Celebrate Harlem Month 2014,” I am sending out my deepest appreciation to Lloyd Williams and Voza Rivers of the Greater Harlem Chamber of Commerce upon receiving the 2014 History & Culture Award from Harlem Week, celebrating its 40th anniversary. This marks my 50th anniversary as a licensed broadcaster in New York, going back to my days as a 14-year-old apprentice under broadcaster-educator the late Hank Cameron of WUFO in Buffalo, N.Y., who discovered me.

The GHCC award falls on the same timeline of the 50th anniversary of the Civil Rights Movement, celebrated this past weekend. My congratulations to the other awardees, including the ever brilliant Bobbi Humphey.

We also give thanks for the GHCC donation to my son Khamit Byrd’s medical fund. As Duke Ellington would say to Harlem, ”We love you madly.”

“The Lion King” has smashed records, evolving into the highest grossing Broadway show of all time. It features a visually stunning yet realistic and thrilling landscape, with actors dressed as wild animals and encompassing their characters in spectacular, goosebump-giving performances that keep audiences coming back time and again. The show takes place at the Miniskoff Theatre, 1515 Broadway. Call 212-869-0550 or visit miniskofftheatre.com.

The West Indian American Day 0Carnival Association invites you to celebrate the culture and heritage of the Caribbean at the West Indian Labor Day Parade. Come ready to party and experience all the parade has to offer, including “Caribbean Woodstock,” “BrassFest,” ”Steel Band Panorama” and much more! Bring the kids and enjoy the “School Youth Fest” and participate in the “Junior Carnival.”

Dahved Levy of WB LS-FM will be on the “Road March” with the Sesame Flyers Monday, Sept. 1, rolling down Eastern Parkway in Brooklyn. Enjoy the spectacular costumes and the heart throbbing music, Caribbean food and much more. Saturday, Aug. 28-Monday through Monday, Sept 1. For more information, visit wiadcacarnival.org.

Don’t forget the ever-popular “Amateur Night” with the “Show Off’s,” “Top Dog” and “Super Top Dog” at the world famous Apollo Theater, “where stars are born and legends are made.” For a full calendar, visit:apollotheater.org.

“Through a Lens Darkly,” the first documentary to explore the role of photography in shaping the identity, aspirations and social emergence of African-Americans, from slavery to the present. Two weeks only. Now through Sept. 9 at Film Forum, 209 West Houston St.

The latest film treatment of the story of “The Godfather of Soul,” “Get on Up,” featuring the music of James Brown, is now playing at select theaters. Check your local listings.

The Rev. Dr. Herbert Daughtry of the House of the Lord Churches announces a “Where Do We Go From Here?” open mic Thursday, Aug. 28, from 7 p.m. to 9 p.m., at House of the Lord Church, 415 Atlantic Ave., in Brooklyn, N.Y. After the marches, rallies, meetings with high public officials and urban unrest, where do we go from here? Bring your ideas. For more information, call 718-596-1991 or email 415@holc.org.

The National Action Network’s New York City chapter’s Political Action Committee hosts a police brutality forum at the House of Justice, 106 W. 145th St., in the village of Harlem, Saturday, Aug. 30 at 12:30 p.m. The featured film is “The Central Park Five,” followed by a panel discussion on “What to Do When Stopped by the Police?” Take the 3 train to 145th Street.

Hear Imhotep Gary Byrd on 107.5 WBLS-FM daily with “Imhotep’s On-Air Guide to Black Events” and “Express Yourself,” Sunday evenings from 7 to 9 p.m., and on WLIB-AM with “The GBE Mind Flight,” Sunday evenings from 9 p.m. to midnight. The full show can be heard on HD radio at WBLS-HD2. IGB is also heard on WBAI-FM 99.5 with Radio GBE: “The Global Black Experience” and “Global Beat Experience,” Saturdays from 5 to 7 p.m. We are archived online with both shows at www.wbai.org. To contact us for bookings or to reach us about your event, email igbexp@gmail.com, find Imhotep Gary Byrd on Facebook or follow us on Twitter @GBELIFE or call 212-592-3279.