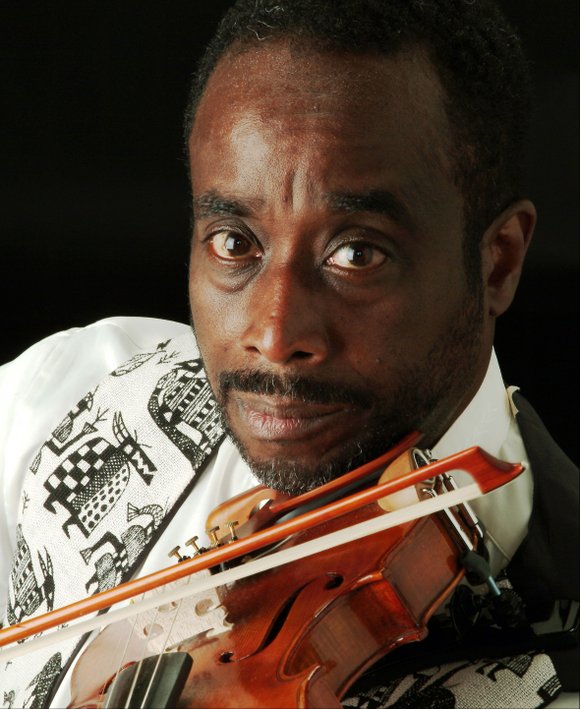 John Blake Jr., who continued the early tradition of bringing the violin into the jazz arena and making its voice heard with the music of Africa to avant-garde, R&B, blues and spirituals, died Aug. 15 in Philadelphia.

The cause of death was complications related to multiple myeloma, said Charlotte Blake Alston, his sister.

Blake wasn’t a media magnet, but among his many fans and established and young musicians he inspired throughout the United States, Europe, Japan and South America, he is considered a master violinist and genius of the music. Those fortunate enough to have witnessed Blake in concert understand the concept of his genius and significant contribution to the world of jazz and beyond.

John Edward Blake Jr. was born in Philadelphia July 3, 1947, and began studying violin at age 9. Classically trained, he graduated from West Virginia University and continued postgraduate work at the Institute for Advanced Studies in Montreux, Switzerland, where he received a grant to study East Indian music. He later studied the music of West Africa.

Blake is considered a jazz violinist, but his collaborations illustrate a musician who seamlessly took to the mountainous terrain of world music before it became a popular cliche. He collaborated with his sister, the master storyteller Charlotte Blake Alston, for the program “Tell It on the Down Beat,” which featured storytelling infused with a jazz band. He was also significant in “Fiddlin’ Stories,” which focused on the role of string instruments in African and African-American cultures.

Blake gained recognition in the early 1970s with the avant-garde saxophonist Archie Shepp performing on his album “Attica Blues.” For three years, his reputation extended worldwide as a member of Grover Washington Jr.’s band, which double-Dutched between R&B and jazz.

With his reputation as a daring violinist in the tradition of Eddie South and Stuff Smith, he became a member of pianist McCoy Tyner’s various groups over a five-year period. Regardless of the band, Blake brought an undeniable sound and intensity to the mix. As a musical explorer, he disregarded categories, looking to bring new experiences to his fans and students.

“Maiden Dance” (1984) was Blake’s recording debut as a leader and composer, the first of five acclaimed projects on Gramavision Records, which included being reunited with McCoy Tyner and Grover Washington Jr., and one with fellow jazz violinists Michal Urbaniak and Didier Lockwood.

His most recent release was “Motherless Child” (ARC Music, 2010), an album of hymns and spirituals arranged for his quartet and the Howard University vocal jazz ensemble Afro Blue. In 2010, Blake also produced jazz violinist Regina Carter’s album “Reverse Thread” (E1Music). He was a mentor and teacher to Carter.

Blake was also an accomplished composer, arranger and producer as well as an author, teacher and lecturer who presented hundreds of workshops annually to musicians at all levels. With Suzuki educator Jody Harmon, he co-wrote “J.I.M.E.,” the definitive beginning string jazz method book and CD in use around the world.

In addition to lecturing on campuses throughout the United States, Blake was on the faculties of the University of the Arts in Philadelphia and Manhattan School of Music in New York City.

In 2004, he was appointed to the Basler Chair of Excellence for the winter semester at East Tennessee State University, and during that year he was awarded a Chamber Music America Jazz Composer Grant.

In addition to his sister, Blake, who lived in Philadelphia, is survived by his wife of 38 years, Barbara Irene Blake; a son, the drummer Johnathan Blake; two daughters, Beverly Woodson and Jennifer Watson; another sister, Vivian Blake Carson; two brothers, Alan and Elliot; and six grandchildren.