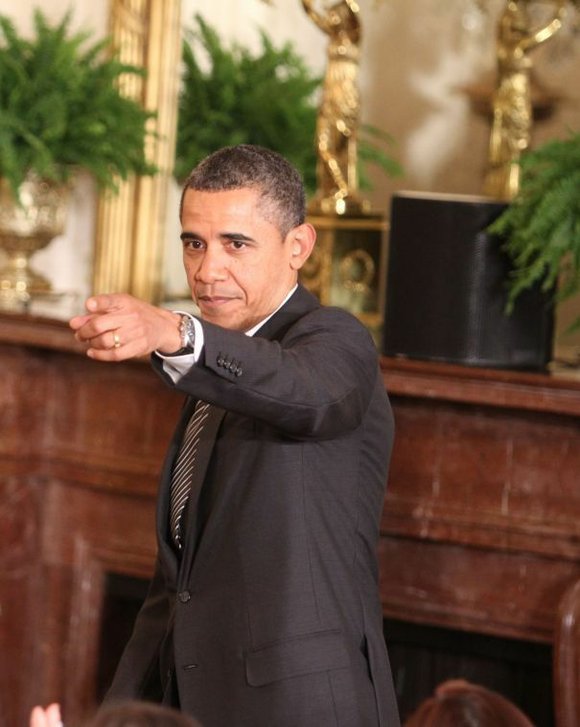 'We must be partners in progress,' says Obama

A few days ago, Maureen Dowd, in her op-ed column in The New York Times, took President Barack Obama to task for taking to the links when he should have been taking care of business. While it was a creative piece of mischief, interweaving Obama’s vacation and back nine with Lincoln’s Gettysburg Address, it was basically mean-spirited and an attempt to push him from a bogey to bogeyman.

If the Islamic State of Syria and Iraq (ISIS) crisis isn’t enough to throw him off his game, be it golf or the Gulf, then to have the press jumping him for every action, or inaction, should be totally unnerving, thereby leaving our president in a deep funk, too shaky to sink a long putt.

Both the administration’s domestic and foreign policy is under fire, from Ferguson to Iraq, and the president are under social and political siege. Dispatching Attorney General Eric Holder to deal with the turmoil in Missouri was not enough for his detractors, who insisted he should have been there rather than taking it easy on Martha’s Vineyards, as though the president shouldn’t have a break from the daily grind.

Secretary of Defense Chuck Nagel and Secretary of State John Kerry have been addressing the foreign eruptions. Soon, the president, under their advisement, will have to do something about the advance of ISIS, which many terrorist experts believe is more threatening than al-Qaeda or the Taliban.

Tuesday, the president authorized reconnaissance flights over Syria in preparation for possible attacks on ISIS forces there, an action prompted by the recent beheading of an American journalist in Syria by a member of ISIS. Over the weekend, according to a spokesperson for the White House, the president approved sending in manned and unmanned reconnaissance flights over Syria, including drones and possibly U2 spy planes. How this action will play out and the extent to which the Pentagon is supportive remains a debatable issue, particularly after the comments of Gen. Martin Dempsey, chairman of the Joint Chiefs of Staff. “Can they [ISIS] be defeated without addressing that part of their organization which resides in Syria? The answer is no,” he asked and answered. “That will have to be addressed on both sides of what is essentially at this point a nonexistent border.”

A graver concern is what the airstrikes would mean to the ongoing conflict in Syria, where there are moderate forces opposed to the Assad government. They are also at odds with ISIS, so it’s a very troubling dilemma. For the U.S. to strike a blow against ISIS is to aid the current government, and of course we know there is no love lost between the U.S. and Syria, a nation that it accuses of using chemical weapons against its people.

Then there’s Israel and Gaza, which lately has been relegated to the back burner of pressing issues. Even so, the interminable on-and-off ceasefires have done little to ameliorate the intense warfare that has taken more than 2,000 Palestinian lives, with comparatively few Israeli victims.

Turbulence in the Ukraine and the expansionist dream of President Vladimir Putin of Russia is another issue that keeps Obama from resting comfortably. Likewise, the recently concluded U.S.-Africa Leaders Summit only raised the question about the outbreak of Ebola instead of ways in which the U.S. could compete with China’s role in acquiring the continent’s vast resources.

The only relief the president can possibly obtain in a world of chaos is a few rounds of golf, and the hope that his handicap there is enough to get him up to par.