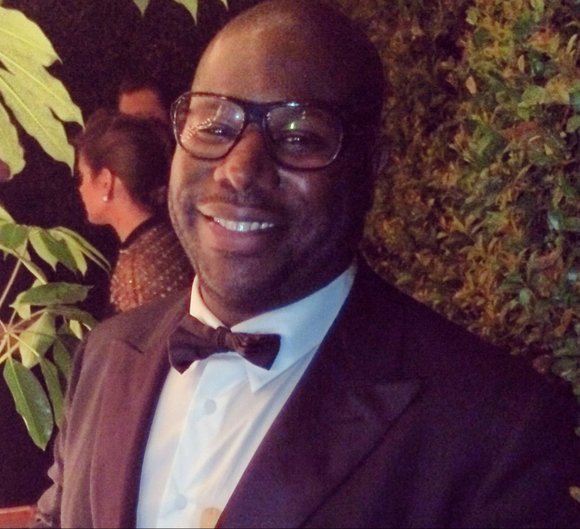 Academy Award winner Steve McQueen wanted me to share his love for Harlem via the Amsterdam News, a periodical that he respects “immensely.”

The brief exchange occurred while McQueen, cradling his Oscar, was exiting the Governor’s Ball and waiting for his ride to inch toward the curb.

“Jared [Leto] let us hold his Oscar!” I squealed while watching McQueen adjust his arm in an effort to find a comfortable position. Finally, as if it were an expensive dumbbell, he held the statue low, using his right hip to share the weight.

“It’s surprisingly heavy,” he said with a chuckle.

McQueen is a handsome man with elegant body language. As we spoke, we never broke eye contact. He smiled. I smiled. And I watched him adjust the position of his Oscar.

“Your paper and Harlem was very supportive,” McQueen said. “Please share my appreciation for that early support. It’s been a remarkable journey.”

So, seven months later, I’m keeping my promise to McQueen.

Last week, at the Harlem School for the Arts, casting director Cindy Tolan held an open casting call for McQueen’s untitled HBO pilot. Because the location is literally around the corner from my apartment, and I promised McQueen I would deliver the message, I decided to cover the auditions. 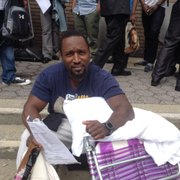 Sarif Isman, the first in line at HBO's open call.

The line of hopefuls stretched for blocks, and Tolan treated every hopeful African-American actor with kindness.

“I love what I do,” Tolan expressed with a matter-of-fact charm that disarmed my jaded nature. “No experience is necessary. We are just looking for a quality individual.”

The HBO pilot, which McQueen co-wrote with Matthew Michael Carnahan (“World War Z”), centers on “a young African-American man’s experience entering New York high society, with a past that may not be what it seems. … ‘Six Degrees of Separation’ meets ‘Shame.’”

Creatively, Russell Simmons will serve as an executive producer, and Oscar winners Iain Canning and Emile Sherman will produce.

The casting notices were clear about the look of the lead, which is described as “an extremely handsome 22- to 35-year-old man that is multi-ethnic or African-American. The talent must be an excellent actor.”

Each actor was assigned a number, and his name was neatly written below.

In small groups, the casting team requested that some people stay, calling out their number as ID. “Remember,” shouted Tolan to those not requested, with a tone so sincere as to leave room for hope, “just because we didn’t call your number, does not mean that you’re not still in the running.”

Six hours passed and the selection was whittled down to groups of 30 or so. Cameraman Gerald Russell, part of the HBO behind-the-scenes crew, under writer/producer/senior creative John Wilhelmy’s skillful eye, captured the interesting stories and inner motivations of the waiting hopefuls.

Casting associate T. Renee Mathis pulled me aside and persuaded me to chat with Sesamir Yearby—1068—who had just arrived from Chicago. The self-professed “skinny kid with a funny name” is new to acting. His years playing football naturally lead him to modeling. It’s a far stretch from his turbulent life growing up in a family where drugs were a business. “My mother was a ‘viceroy’ in the Chicago drug world,” said Yearby. “I wanted another life for myself. I don’t know anyone in New York City, but I know Steve McQueen and, of course, HBO. I took a plane. I took a shot.”

Number 1068 wasn’t selected to remain to read the “sides” for the lead role and neither was number 1—Sharif Isman.

“I got here at 3:30 in the morning,” confided Sharif. “I just wanted to chill. To soak up the journey and ponder the possibility, to imagine the ‘what if.’ That’s what opportunity is all about. Today McQueen doesn’t know me, but tomorrow, well, maybe he will.”