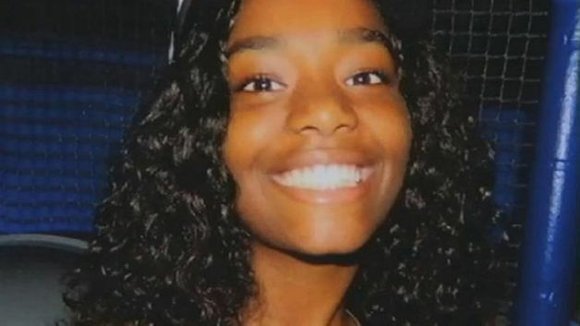 A man accused of killing a Brooklyn teenage girl he met on Facebook then attempting to burn her body last year is found guilty.

Brooklyn District Attorney Ken Thompson announced the conviction of Christian Ferdinand, 22, who suffocated 14-year-old Shaniesha Forbes to death and attempted to burn her body because he believed she was pregnant.

“The defendant brutally took the life of a 14-year-old girl all because he believed that she was pregnant. We will now seek the maximum at sentencing to ensure that we get justice for the victim,” Thompson said.

According to trial testimony, on the morning of January 4, 2013, Ferdinand and Forbes, who met on Facebook, had an argument over whether to terminate an alleged pregnancy. The defendant was angered that the victim refused to have an abortion.

Ferdinand demanded Forbes “kill it” and she refused. He then placed a pillow over her face until the victim stopped moving. Ferdinand then removed her body to an area where it was ultimately found; in a beach area on the southern end of Gerristen Avenue where he attempted to burn her body.

The Medical Examiner confirmed the victim was not pregnant.

According to court documents, the defendant fled to Maine where he was employed through Job Corp. and police found her remains on January 6, 2013.

Ferdinand is expected to be sentenced on January 7 and faces 25 years to life in prison.

Forbes' death ignited a discussion about teens meeting people face-to-face who they "friend" on social media. According to numbers from the National Center for Missing & Exploited Children, 8 percent of teens say they actually have met in person with someone from the Internet, down from 14 percent in the previous year.