Our big singers get Grammy nods 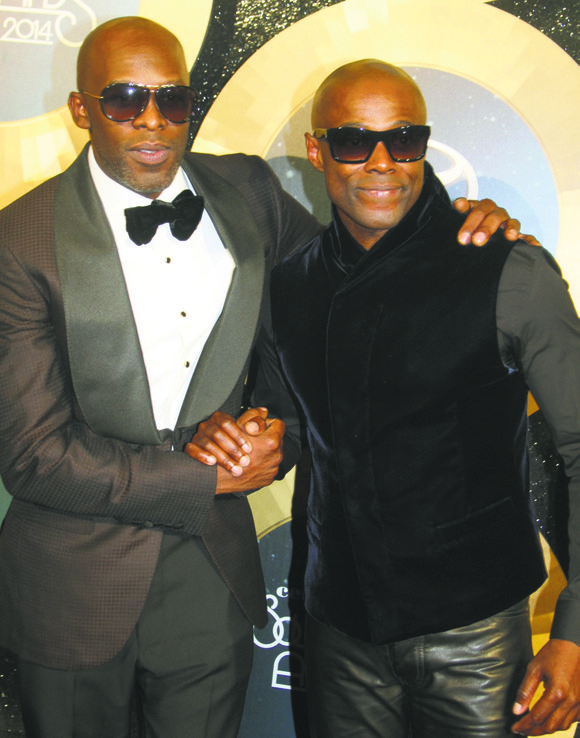 Gonna lighten up just a little and give a tip of the hat. The nominations for the biggest night in music, the Grammy Awards, were announced, and it’s really no surprise that the focal point would be on the big ticket acts. In 2014, there was no one bigger than Beyonce Knowles, who, along with Sam Smith, led the field with six nominations. For Knowles, these nods further cement her spot as the woman with the most Grammy nominations in history. Let’s see if she can add the Album of the Year statue to her mantle place this year.

The night isn’t all about the giants, however. Boutique label eOne Music looks like the go-to spot for gospel, as their releases dominated the Best Gospel Album category with three nominations, with Erica Campbell nominated for her chart-topping solo album “Help,” Ricky Dillard nominated for his live recorded chart-topper “Amazing” and first-time nominee William McDowell nominated for his live chart-topping worship album “Withholding Nothing.” Receiving two nominations in the category of Best Gospel Performance/Song, Campbell garnered a second nomination for her album’s title track “Help” (feat. Lecrae).

Said Phil Thornton, vice president and general manager of Urban Inspirational at eOne Music, “eOne is thrilled with the nominations recognizing the work of a range of our artists this year. From solo songs to the sounds of live choir and worship, we’re proud to support our artists, who are a continued source of inspiration and a leading force in gospel, creating powerful songs impacting countless listeners around the world.”

Also, overlooked talent Motown recording artist KEM is in a good place, as he was nominated for Best Traditional R&B Performance for the song “Nobody” from his fourth studio album, “Promise to Love.” KEM was previously nominated for Best Male R&B Vocal Performance and Best R&B Song for “Why Would You Stay” from his “Intimacy” album in 2010, so hopefully third time is the charm.

This news surrounds his second studio album, “ALBUM II,” being officially certified platinum, reaching sales in excess of 1 million, by the Recording Industry Association of America. His overall catalog should get a boost, as he was announced as a participant of the Forever Charlie Tour after the brief eight-city Promise to Love Tour Pt. 1 that wrapped in November.

The Charlie in the Forever Charlie Tour is Charlie Wilson, who himself is up for two Grammys (Best Rap Song and Best Rap/Sung Collaboration) for his duet “Bound 2” with Kanye West. Joe is set to be on the tour as well.

That show hits the area for three shows, which are Feb. 14 at Boardwalk Hall in Atlantic City, March 5 at the Barclays Center and March 7 in Newark, N.J., at the Prudential Center. Tickets go on sale Dec. 12 at Ticketmaster.com.

Over and out. Holla next week y’all. Till then, enjoy the nightlife.