West Side on the East Side 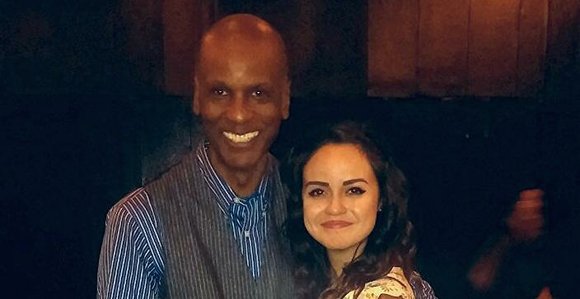 West Side Story has found a new life. The Harlem Repertory Theatre has breathed fresh air into the 57-year-old play in its new home at Tato Laviera Theatre on East 123rd Street and 2nd Avenue. Keith Lee Grant directs the classic in a larger space that seats 100 people—compared to only 40 in its previous home on West 133rd street.

With explosive dance numbers that will leave you on the edge of your seat, the actors offered a fresh representation of gang warfare and love. With minimal stage props for the set, Grant uses the entire theatre for a more interactive environmental experience. It allows the actors to move freely and take advantage of the space, including the area where audience members sit, at times breaking the fourth wall and singing right to them.

The acting is so compelling an out of town audience member who came with his partner said he was glad he had made the trip to Harlem. 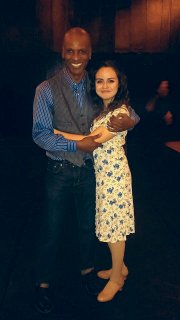 “We came from Long Island because we love West Side Story,” he said. “We haven’t seen it done this way, with a minimalist stage set, but the acting is so good it makes up for it! We love it!”

Not only does Grant alter the physical appearance of his show but he also blind casts it. Mario Brown, a 22-year-old African American student on break from the City College of New York plays Tony. This is Brown’s first musical performance but his singing is as strong as his acting.

He had no problem playing a black Tony. “When you go into a production of WSS playing Tony as a black man you kind of feel the gravity of it all, but at the end of the day it's just another opportunity to get on stage and do what you love. The politics don't really come up in the rehearsal process.”

He adds, “But you see people outside of the production react, negatively and positively, and you see how people react after seeing the show and it all adds up.”

Katie Lugo, 22, also a CCNY student, stars as Maria. “I absolutely love playing Maria,” Lugo says. “I will have a really hard time letting go of this character because I am really obsessed with the role. All of the passion is in the music and writing and it is so beautiful to connect to this role. This theatre experience has been extremely beneficial and inspiring for me and having this under my belt is really helpful.”

Next up for the very busy Keith Grant: The Wiz for HRT which opens December 19th and runs through January 10. Grant says, “It was very difficult. There was a period I was rehearsing seven days a week. And we got the rights to The Wiz so I had to do it because you never get the rights to The Wiz in Manhattan.”