Since Black life matters, then... 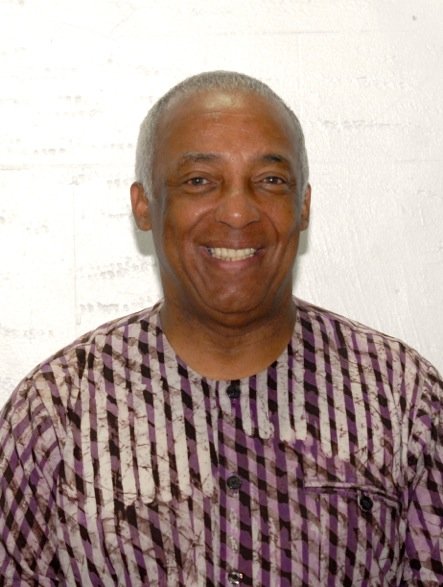 Since Black life matters, then ... fire Police Commissioner Bratton and rid this city of his broken windows theory.

In 1994, Bratton was appointed police commissioner by the most racist mayor in the history of New York City, the incendiary, divisive archenemy of Black and Latino people, Rudolph Giuliani. Back then, Bratton and his police instituted and implemented the broken windows theory and the racial profiling stops called “stop and frisk” that led to scores of Black and Latino people having their human rights violated by being unjustifiably arrested, brutalized and killed by the use of police deadly force.

Most notable was the cold-blooded killing of 13-year-old Nicholas Heyward Jr., Anthony Baez, Anthony Rosario and Hilton Vega, all innocent Black and Latino victims of Bratton’s police use of unjustified, deadly force. And now Bratton is back, thanks to Mayor Bill de Blasio and some Black leaders.

It is regressive, not progressive to hire Giuliani’s commissioner. Already, Bratton and his supporters have blood dripping from their hands. Although the killing of Eric Garner was recorded on video so that the whole world could watch and witness Bratton’s officers literally choke the last breath out of Garner’s body for allegedly selling loose cigarettes, the police walked away free of charges and will not stand trial. The whole racist system stinks.

Akai Gurley opens the door to the stairwell at the Pink Houses in my East New York and he is shot and killed by a scared rookie cop who should have never been in our community. De Blasio, Bratton and others immediately called it an accident before there was a thorough investigation, even though police policy says when doing vertical patrols, the officers must keep their guns in the holster, their finger away from the trigger and ask questions if they see or hear something suspicious. This officer had his gun already drawn without the presence of a threat, and he shot and killed an innocent Black man, Gurley. We will not stop until we get justice.

If you want to learn more about Bratton’s racist policies toward Black and Latino people, talk to the Brothers and Sisters in Boston and Los Angeles. And de Blasio, if you really are concerned about your son’s safety when encountering police, then why would you bring in Bratton and his racist policies, which endanger your son and all Black and Latino youth? Bratton must go! Don’t wait until there is another senseless killing!

Since Black life matters, then ... stop calling for retraining and cultural sensitivity classes for killer cops. Killer cops must go to jail. In 1999, when the innocent African immigrant Amadou Diallo was killed in a hail of 41 bullets, the killer cops walked away free and our leaders called for retraining, new legislation and cultural sensitivity classes—everything but punishment and jail. Killer cops must go to jail!

Since Black life matters, then ... stop calling for us to be peaceful while police officers continue to violently take our lives. We are not killing police officers—they are killing us. Tell the police to be peaceful. Because Black life matters, we must protect ourselves “by any means necessary.” In 1967, when asked to condemn the riots, the Rev. Dr. Martin Luther King, the prince of peace and non-violence, said, “I cannot condemn the riots without condemning the conditions that caused them ... The riots are the voice of the unheard.”

When America doesn’t allow for peaceful methods for change and justice, violent methods are inevitable. New York is a racial powder keg about to explode. Don’t blame me, the social forecaster, for forecasting an explosion just as you wouldn’t blame the weather forecaster for forecasting a storm.

As far as the issue of police violence is concerned, I offer the following recommendations.

Ultimately, America needs a radical transformation of its government. Greedy monopoly capitalism, a domestic form of colonialism and neo-colonial, institutional and structural racism and a foreign policy called imperialism has caused death and destruction to the human family domestically and worldwide. King said, “America needs a radical rearrangement of its economic and political order and an equitable redistribution of its wealth.”

The United States Declaration of Independence states, “All [people] are created equal, that they are endowed by their Creator with certain unalienable rights, that among these are life, liberty and the pursuit of happiness ... That whenever any form of government becomes destructive to these ends, it is the right of the people to alter or to abolish it and to institute new government.”

Let’s get busy! Forward ever! Our victory is certain.