Rent is too Damn High in the Heights 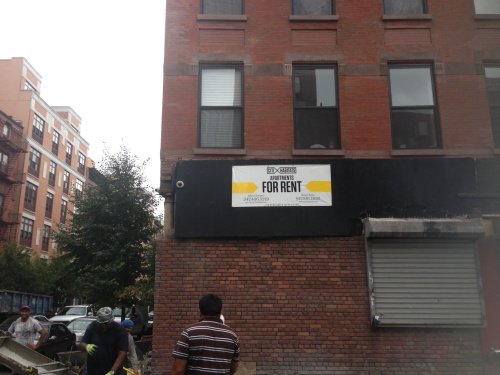 The problem reached a boiling point last month for Renee Mancino, the owner of Carrot Top Bakeries in Washington Heights. She committed suicide in her bakery’s basement reportedly due to a combination of illness and the possibility of losing her store in the face of a $10,000 rent increase. “The landlord killed her,” Mancino’s husband told the New York Post.

Why has commercial space become so costly in the Heights? According to theblinker.com, the expansion of New York-Presbyterian Hospital (Carrot Top’s landlord,) on West 168th Street has altered the shape of the community.

“The neighborhood is going through a lot of change and people who are not native to Washington Heights are slowly moving uptown,” GianCarlos De La Cruz, a realtor at Keller Williams NYC said. “Prices have gone up but it’s still inexpensive compared to the rest of Manhattan and a real good neighborhood that drives business uptown.”

Those who live in Washington Heights have noticed the changes. Residential rents have creeped up between 30% and 100% within one year, and new businesses are cropping up to cash in on the wealthier demographic. Two Starbucks recently opened in the Heights.

Sonia Mjlokich, said when she moved to the area six years ago certain businesses were hard to find. “I couldn’t find a good, nearby yoga studio anywhere,” said the 23-year-old City College student. “Now I have two that I fluctuate between.”

As the demographics of the neighborhood have changed, many businesses haven’t been able to hang on. Between 2000-2010, blacks and Latinos have decreased by 32.8 percent while whites have increased by 18.4 percent.

Arnaab Naleeel now runs his watch repair business from home because he couldn’t afford keeping his store open on Frederick Douglass Blvd and 136 Street. “I moved here from Nigeria 30 years ago,” said Naleel. “The area was filled with African Americans, but now I’m losing to all these businesses driving us and the Latinos out of here.”