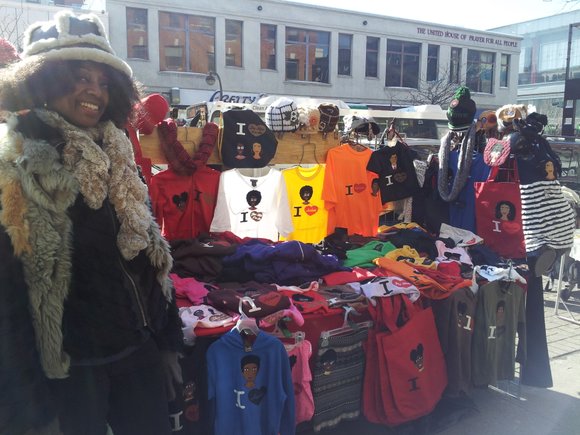 "I'm an artist and [I] should be able to express [myself] anywhere," said this booth's owner. Photo by Dana Gethers

“As an artist, you should be able to display your creativity,” said walking-artist, Albert Plummer, 27, who goes by his artist name Prophecy.

Artist-vendors across the city opposed the ruling claiming it limits them to selling their artwork in park areas and on streets that have relatively less traffic. 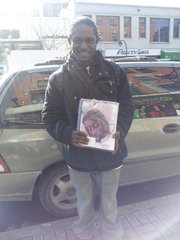 “It's a tricky situation, but [selling art in high-traffic areas] shouldn't be a problem,” said Jay, a vendor on 125th street. “Some of the blocks are crowded...I've gotten a ticket before for blocking pedestrian traffic.”

In early December artists petitioned the U.S Supreme Court to consider their case against the city.

Robert Lederman, leader of Artists' Response to Illegal State Tactics (A.R.T.I.S.T.) is a plaintiff in the lawsuit who alleges that the regulations are unconstitutional as they prohibit free expression. He also calls the ruling unfair because street performers are generally allowed to perform where they please.

The city is accused of intentionally stifling the progress of Lederman's lawsuit as Newsweek reports that "last week the city's lawyers filed a brief opposing the artists' petition," according to court documents in their possession.

“[Artists] should be able to sell,” said Jay, a vendor on 125 street. “That's freedom of expression, First Amendment rights.”

Considering the thousands of cases the Supreme Court is asked to review each year in relation to the hundred or so that they actually agree to take on, according to statistics, there's no guarantee that the artists-vendors case will be heard.

Newsweek also reports that the city officials opposing the petition maintain that NYC artists have ample opportunities to sell their work elsewhere--and that "the Constitution does not require that all those opportunities be good.”

“I get all my love in Harlem, I don't sell in Central Park,” said Plummer.