‘The Lego Movie' is loveable fun 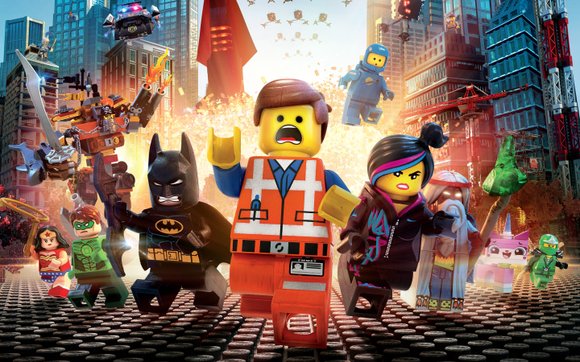 The curious child inside of me got some serious playtime at the advance screening of “The LEGO Movie,” directed by Phil Lord and Christopher Miller and produced by Dan Lin and Roy Lee. Chris McKay also served as animation co-director.

The stunningly crafted 3-D computer-animated adventure follows ordinary Emmet (voiced by Chris Pratt), a rule-loving team member who falls into an epic adventure with a group of fearless master builders who are under the mistaken assumption that he is “the most extraordinary person and the key to saving the world.”

Emmet is hilariously under-prepared, and the fact that he falls in love with the vibrant, kick-butt master builder Wyldstyle (voiced by Elizabeth Banks), who firmly believes in the prophecy, only complicates an already dicey proposition.

When “the piece of resistance” becomes fused to Emmet’s back, it’s the wisdom of Vitruvius (voiced by Morgan Freeman) that begins the quest. Emmet’s romantic pursuit is thwarted when Wyldstyle informs him that she’s seriously dating Batman—don’t ask, just laugh.

In almost a mirror of the construction and collaboration that’s shown in the family comedy, “The LEGO Movie” was created in three locations: L.A. held the creative hub; the physical production was produced by Animal Logic in Australia, where editor and animation co-director McKay temporarily relocated; and the LEGO headquarters in Denmark.

As stated in the movie, “Everything is awesome. Everything is cool when you’re part of a team,” and what a team!

Last weekend, I had back-to-back interviews with master builder Lin and director McKay. Lin was first. A passionate, big brain with degrees from the Wharton School of the University of Pennsylvania and Harvard Business School, since forming Lin Pictures in 2008, Lin has produced films that have grossed over $1.5 billion in worldwide box office sales.

Here’s what Lin had to share about making art and making a profit one building block at a time in Hollywood and LEGOland.

AmNews: Oops, not that Amsterdam. I’m in picturesque Harlem!

Excellent. Believe it or not, I spent a lot of time in East Harlem—Spanish Harlem, 225 E. 125th to be exact.

AmNews: Hey, “everything is awesome!” The kid hiding inside of me loves your film and the adult appreciates the positive storyline that is creatively, cleverly and consistently woven into this story. On purpose or happy accident?

Lin:Absolutely on purpose. I don’t know if you’ve spoken to Roy [Lee] or Chris [McKay], but we’re all very positive people. We really wanted the audience to feel joy. So many times films like this go dark, but we wanted to progressively leave the audience feeling happier!

AmNews: You started this conversation singing, “Everything is awesome,” and it is. It really is when you place your mind in a positive place and surround yourself with a positive team.

Lin:(Singing) “Everything is awesome!” Oh my gosh, that’s the worst/best song that’s ever been lodged inside my cerebral database. (Laughing) You know, a lot of thought went into making that catchy song.

AmNews: What’s the theme of this lush family treat?

Lin:There are several themes, but the central theme is that there is something special inside of everyone.

AmNews:There are many groundbreaking cinematic achievements in your film. Can you share what you’re most proud of?

Lin:Everything audiences see—whether smoke or water, rock formations, fire or even explosions—is made of LEGO pieces. We wanted to depict natural elements built out of bricks as they’ve never been seen on the big screen.

AmNews:One of my favorite elements is how the story crosses through the LEGO worlds.

Lin:It was truly a partnership with our film designers and the LEGO designers. These designers know the capabilities and the restrictions of the bricks better than anyone.

AmNews: It felt joyous and effortless.

Lin:Thank you, because every single detail was carefully planned and executed. Even a scene as deceptively simple as the opening in Emmet’s apartment we spent hours on end discussing, going back and forth with different iterations.

Next week will be my one-on-one with McKay. “The LEGO Movie” opened Feb. 7.