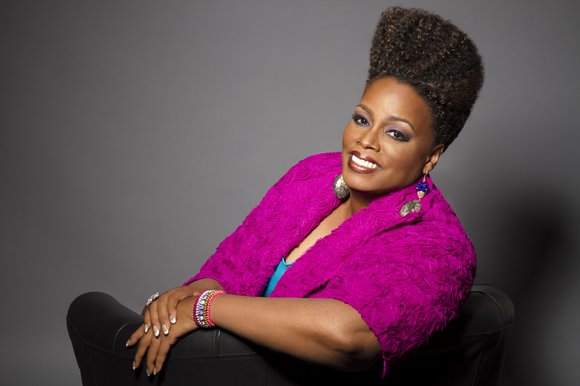 On the surface the title of Dianne Reeves’ new album, Beautiful Life seems straightforward enough, but it holds a deeper significance for the singer after experiencing two major deaths. Five years ago she returned home to help care for her ailing mother who died in 2012 after battling breast cancer and a tumor. Then in August of last year Reeves lost her cousin and frequent collaborator, George Duke due to chronic lymphocytic leukemia.

“The title of the record is a tribute to really close people in my life who made transitions. I got to share this incredible time with them and learn and be a better person because of them,” she said.

Despite her recent personal tragedies, Reeves decided to present a collection of songs that mainly focus on life’s positive aspects such as “Feels So Good (Lifted)” with accompaniment by Duke. Plus she covers classics like Fleetwood Mac’s “Dreams” and Marvin Gaye’s “I Want You.” Becoming familiar again with the latter songs reminded Reeves of an earlier time when she was just identifying her voice and purpose. Now she believes that she’s found it.

“A lot of the songs took me back to a time of discovering who I was,” she said. “I feel like I am still courageous but I know now what I want. Now I want to sing from a very clear place because I see things and I have access to a broad array of information. I can speak about life now with some power.”

Left to right: Jason Edmonds, Kevon Edmonds and Keith Mitchell of After 7

One of the most popular R&B groups of the 1990s, After 7 (“Ready or Not,” “Heat of the Moment,” “Can’t Stop”), returns to the stage this Friday for a special Valentine’s Day concert at the New Jersey Performing Arts Center with headliner, Fantasia. The trio was originally composed of Keith Mitchell, Kevon and Melvin Edmonds (both brothers of Kenneth “Babyface” Edmonds). Melvin officially left the group in the early 2000s and his son, Jason Edmonds now performs with them. For many the circumstances surrounding Melvin’s departure remained a mystery until now.

Kevon shared that although Melvin did struggle with drug abuse, which affected the group, that’s not why he quit. “Drugs wasn’t the reason why this or that did not happen. But my brother did wrestle with drug abuse from time to time,” he revealed. “It was an issue but it was important to keep our reputation and deliver a solid show and handle the business.”

It was the stress of the music industry that Kevon said led Melvin to quit. “Melvin grew tired of the business. There are no checks and balances or safety nets or protections for you in this business. He still loves to sing but it’s the extra stuff that he reached his limit with.”

These days After 7 is also weary of the business side of music and has no immediate plans to pursue a record deal even though their last album was released nearly 20 years ago. Instead Kevon is content to perform with the group on occasion, work on solo material outside of R&B and spend time with his family.

“I am happily married with a family and that’s one of the greatest gifts. So if something good presents itself and it feels right and seems purposeful then I will take a look at it. But I'm good in this space.”

Those looking for a spot to celebrate the rich musical history of African-Americans can turn to historic Harlem eatery, Minton’s. Revered as the birthplace of Bebop, the landmark once hosted late-night jam sessions by icons such as Thelonious Monk, Charlie Parker, Dizzy Gillespie, Billie Holiday, Ella Fitzgerald and more. Hoping to recapture those glory days are newly appointed “Dancing with the Stars” music director, Ray Chew and wife/business partner Vivian Scott Chew who will present "Our Music, Our History.” 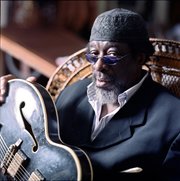 The music series kicks off on Monday February 24 with Grammy-nominated blues guitarist, James “Blood” Ulmer who played at the original Minton’s Playhouse. On Tuesday, February 25 one of the jazz world’s new rising singers and guitarists, Leon Timbo will perform. For reservations and more information click here.