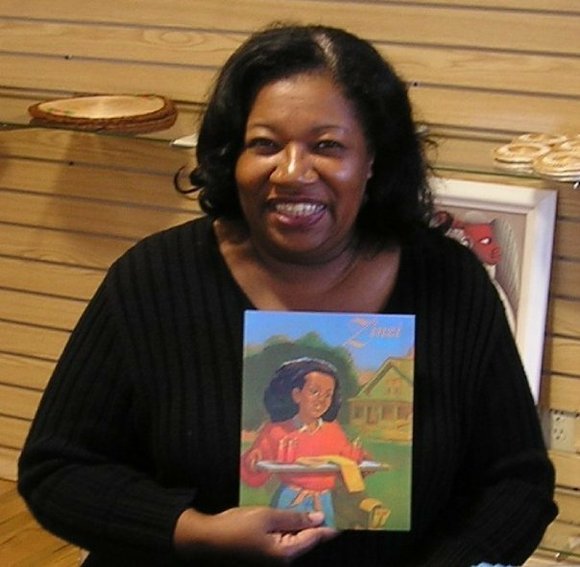 The Harlem Arts Festival will present the Lynette Velasco Community Impact Award to two recipients at its upcoming third annual gala. The award is named after the late chief of staff of Harlem City Council Member Inez Dickens. Velasco was on the Harlem Arts Festival steering committee, and she played a vital role in fundraising for the organization’s 2013 festival.

“Lynette was truly someone special. She took a chance on us when we were just starting out, so we want to honor her memory by giving out an annual award in her name to individuals or organizations who’ve made a significant impact on their community through their work, art and dedication to serving others,” said Neal Ludevig, executive director of the Harlem Arts Festival.

This year’s award recipients are Linda Walton and Fred Ho. Walton is the executive director of the Harlem Arts Alliance and has been an integral part of the Harlem arts community for years.

“Linda is a strong supporter of the festival. She’s a person we can lean on and ask advice from. She has devoted her life to Harlem’s artistic community from her work with the Harlem Arts Alliance, Community Board 9 and many other organizations. She helped us make the Harlem Arts Festival a reality. Linda is willing to take risks and put the community first,” said Ludevig.

“I have always loved the arts. I’ve always had an idea to serve artists, and my work has led me into arts administration. I’ve been fortunate to have a lot of satisfaction in the work I’ve done. I’d like to do something that brings artists together to share. When artists get together, magic happens. What’s important to me is seeing all of the rich history and diverse cultural practices preserved. If I can inform that process, then I’ve done my job,” said Walton of her work with the arts.

Walton worked closely with Velasco and is honored to receive an award in her name. “Lynette was a firm advocate for the arts in Harlem, especially for smaller groups that needed help with navigating the process. She held my hand through the budget process many times. Lynette was a brilliant strategist,” said Walton of her late colleague.

Ho, whom Walton also holds in high esteem, is a composer, musician and social activist. A recent diagnosis of stage 4 cancer has not stopped him from the creative process.

“Fred Ho’s work is amazing. It blends Asian-American and African-American influences. He’s been a huge help to us as a mentor to Harlem Arts Festival artists. He has stage 4 cancer and he still is creating new work. Truly an inspiration,” said Ludevig.

Ho is unable to attend the gala, but his mentee, Ben Barson, will accept the award on his behalf. A clip of the documentary “Fred Ho’s Last Year” will be shown during the event. The film chronicles Ho’s battle with cancer.

This year’s gala will include performances from vocalist Chris Turner, clarinetist Kinan Azmeh and performance art group ZEST Collective. There will also be a silent auction. All proceeds from the event will go toward producing this summer’s Harlem Arts Festival, which is a free two-day outdoor event featuring dozens of Harlem artists.

This year’s gala will be at MIST in Harlem on March 13. Tickets start at $75. To purchase tickets and for more information about the Harlem Arts Festival, log on to harlemartsfestival.com.