On the “A” w/Souleo: Labelle to celebrate 40th anniversary of “Lady Marmalade” with tour 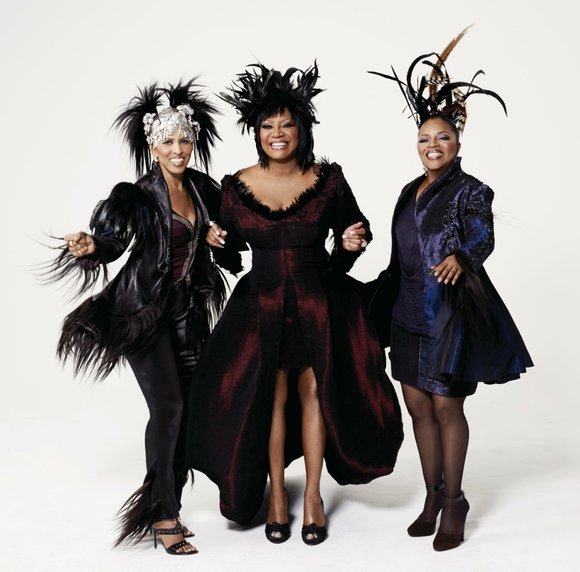 It’s the French expression for “Do you want to sleep with me tonight?” In 1974 the phrase ascended music group, Labelle into the stratosphere of popular culture with their hit single “Lady Marmalade.” To celebrate that classic song’s 40th anniversary legendary members Patti LaBelle, Nona Hendryx and Sarah Dash are planning a tour set to kick-off later this year. Although the tour is in its infancy stage, Dash is excited at the chance to celebrate the impact of Labelle.

“The 40th anniversary of ‘Lady Marmalade’ tells me that we hit a nerve with our voices and our attitude that has become iconic,” she said. “Our loyal fans as well as younger fans and singers still look to us as female role models in the music industry and hold our standards up on a pedestal.”

Accolades have included the song being inducted into the Grammy Hall of Fame and one of its most notable covers was the 2001 Grammy-winning version by Christina Aguilera, Pink, Mya and Lil' Kim. For Dash, the fact that this all stems from what she matter-of-factly describes as a song about a “New Orleans hooker,” isn’t surprising. As she puts it the song represents a time when artists were questioning traditional moral codes as a means to expand the definition of love, compassion, tolerance and acceptance.

“People were looking to explore outside the box as to what is right and what is wrong in our society. To place this woman, Lady Marmalade, on a pedestal at that time was to look at Mary Magdalene and say, ‘Let him who is without sin cast the first stone.’ It was empowering and liberating.”

Tours are usually accompanied by the release of a new album but this that may not be case for Labelle, whose last release was Back to Now in 2008. “Recording an album today is as complicated as launching a rocket to the moon,” noted Dash. She is simply content to go back on the road and give fans what they want, especially after an all-too-brief reunion tour in 2008. “Our reunion tour never ended but rather it's been on hold as we each had responsibilities with our solo careers. I think this time around we just need to lead with our hearts and carry an anointing in our voices. I hope that we can keep things simple and pure.”

Eunique Jones Gibson is using her photography skills to share what’s in her heart. In the coffee table book, Because of Them, We Can Gibson presents 365 images of youth posing as African-American innovators and trailblazers from Harriett Tubman to hip-hop legends Run-DMC. This is a passion project for Gibson who is also a mother with concerns about the images of people of color that are presented in mainstream media.

“Outside of Black History Month there is no balance. While you see many more images of people of color than you did back in the day, those images aren't the most flattering or representative of our community as a whole,” she argued.

Gibson believes that such negative images is a leading cause of low self-esteem in youth, an issue that she declares to be “…the new civil rights movement.”

“When I say self-esteem is the new civil rights movement, I'm not negating the institutionalized and systemic policies that hold us back. But I do believe we need to connect to our history and gain a greater sense of pride and understanding in who we are.”