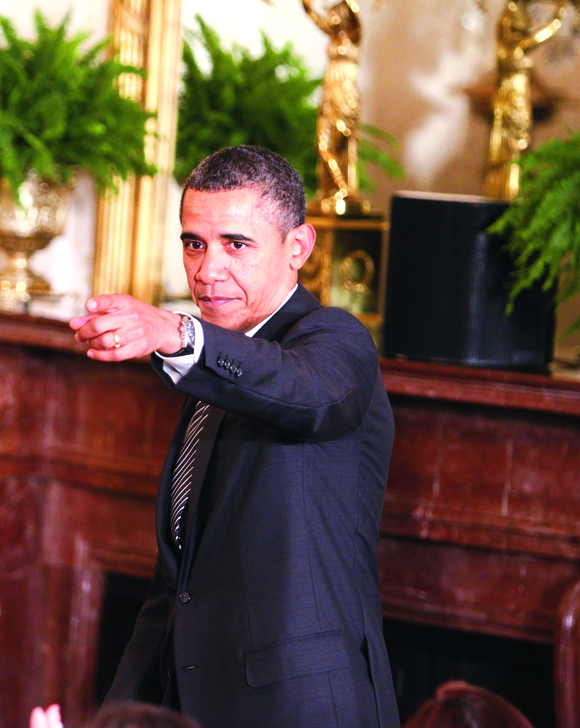 President Obama Speaks on the My Brother's Keeper Initiative

President Barack Obama has turned his focus on the nation's young men of color with the “My Brother’s Keeper” initiative.

At a press conference on Thursday at the White House, several young men and community leaders from around the nation stood with the President as he rolled out the plan. Obama met with foundation and business leaders as well as elected officials and senior administration officials to discuss the initiative.

During a visit to Chicago, the President learned about several local initiatives aimed at helping young men of color succeed. In his speech on Thursday he discussed the “Becoming a Man” program in Chicago as an example of the many organizations across the nation building up Black and Latino youth

Former New York City Mayor Michael Bloomberg was also in attendance Thrusday and New York was highlighted for the its “Young Men's Initiative,” another example of the types of programs the President wants to support.

"Over the years, we’ve identified key moments in the life of a boy or a young man of color that will, more often than not, determine whether he succeeds, or falls through the cracks," Obama said. "We know the data. We know the statistics. And if we can focus on those key moments, those life-changing points in their lives, you can have a big impact; you can boost the odds for more of our kids."

Black males have a one in two chance of growing up without a father in the home while Latino males have a one in four chance, according to Obama. Black students are less likely than a white students to be able to read proficiently by the time they are in 4th grade. By high school, young men of color are more likely to have been suspended or expelled leading to a higher chance they will end up in the criminal justice system. Fewer young Black and Latino men participate in the labor force compared to young white men.

“And the worst part is we’ve become numb to these statistics,” Obama said. “We're not surprised by them. We take them as the norm. We just assume this is an inevitable part of American life, instead of the outrage that it is.”

Several foundations, including the Kellogg, Ford and Open Society Foundations, are supporting the call to action have already made investments, including $150 million in current spending. The President vowed to continue collaboration with the business sector and foundation community to build on their success and his call to action.

Over the next five years the foundations are seeking to invest at least $200 million, alongside additional investments from their peers in philanthropy and the business community, to find and rapidly spread solutions that have the highest potential to expand opportunity for boys and young men of color.