Southern charm and gentlemen callers in ‘The Glass Menagerie’ 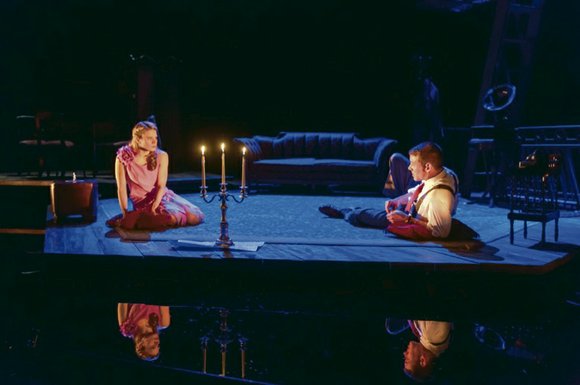 It’s hard to dislike “The Glass Menagerie.” It’s a classic, as simple as that. A Southern domestic drama about beautifully flawed and broken individuals, the play sports many elements of what has come to define the great Tennessee Williams as a playwright. Still, “The Glass Menagerie” is different, a bit more personal than his other plays, with characters that are closely based on people in Williams’ own life—and even Williams himself. This beautifully somber play made it to Broadway this fall and is now playing at the Booth Theatre.

In the play, the protagonist and narrator is Tom (Zachary Quinto, from the new “Star Trek” movies), an aspiring writer who works at a shoe warehouse to provide for his mother and sister. His mother, Amanda (Cherry Jones), constantly recalls the glamour of her youth and pushes her children, hoping they will live their own happy, accomplished lives. Laura (Celia Keenan-Bolger), Tom’s sickly and unstable sister, proves incapable of being able to finish school and work; instead, she just lives in her own world and tends to her glass figurines. In an attempt to save her daughter from being a spinster, Amanda enlists Tom to invite one of his co-workers to dinner so that Laura can be set up with him. However, this “gentleman caller” (Brian J. Smith) does not turn out to be the savior Amanda hopes for. 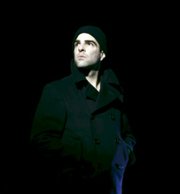 The play, which Williams described as a “memory play,” is ruled by the perspective and emotions of the narrator and thus defies convention. This production of the play certainly plays into that notion with fantastical scene changes and characters who appear and disappear throughout Tom’s narration as though they are just figments of his imagination, brief moments stolen from dreams. The characters’ movements and deliveries are ruled by this notion, which at times seems fittingly poetic and at other times a bit overdramatic.

Because “The Glass Menagerie” is a play with only four characters and very limited action, the strength of any production of this classic relies heavily on the talent of its cast. Quinto gives a fine performance as Tom, portraying his resentment at being stuck with his mother and sister while working a lifeless job, his restlessness to escape and live a life of adventure, and his love and sympathy for his sister. Keenan-Bolger also gives a strong performance as the eternally tragic and helpless Laura. Jones takes on the role of Amanda with flair and bravado, as must anyone who takes on the notoriously over-the-top role. Thankfully, Jones’ Amanda is full of drama and humor, sashaying across the stage with alluring pageantry. Unfortunately, the accents in this play could make Williams turn in his grave, with Quinto in particular butchering his Southern accent so badly that it is utterly distracting. . 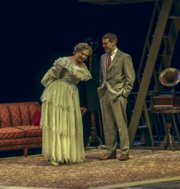 The play also suffers from its slack pacing. Because the play lacks in action, it already has a tendency to move slowly, but this production really seems to drag it out, making those two hours and 30 minutes seem that much longer.

Despite the flawed accents and the slow pacing, this production of “The Glass Menagerie” is still a solid one, and it stays true to the poeticism, sorrow and strength of Williams’ play—something that, if you have yet to encounter, you need to experience for yourself.