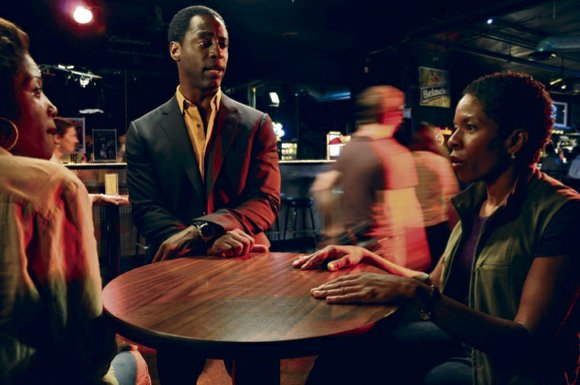 The African Diaspora International Film Festival (ADIFF) is pleased to announce the return of the Best of the African Diaspora International Film Festival (Best of ADIFF) to Columbia University’s Teachers College on Jan. 10. The event features a rich collection of films selected from some of the most critically acclaimed and popular films showcased in ADIFF 2013. The selection of films will include 11 films from seven countries.

“Alice Walker: Beauty in Truth,” by award-wining filmmaker Pratibha Parmar (winner, ADIFF 2013’s Public Award for the Best Film Directed by a Woman of Color), will be showcased in this year’s program, as well as runner-up “Spies of Mississippi” by Dawn Porter. “Alice Walker, Beauty in Truth” offers a penetrating look at the life and work of this artist, human rights activist and self-confessed renegade. “Spies of Mississippi” is an explosive documentary based on a book by the same name that tells the story of a secret spy agency formed by the state of Mississippi to preserve segregation and maintain white supremacy during the Civil Rights Movement.

Current events in Haiti will be addressed once again with the Haiti Program, comprised of three films directed by Haitian filmmakers: “Looking for Life” by Claudette Coulanges, a powerful look at Haitian women’s daily struggles in an era of globalization; “Haiti Apocalypse Now” by Arnold Antonin, filmed soon after the 2010 Haiti earthquake; and “Birthright Crisis 2013” by Miriam Neptune, which focuses on the ongoing crisis faced by Dominicans of Haitian descent.

Two epic historic dramas will be featured in the program: Jeroen Leinders’ “Tula, the Revolt,” a film set in Curaçao during the time of slavery, and Philippe Niang’s “Toussaint Louverture,” a riveting two-part epic film depicting the life of the Haitian leader.

The Best of ADIFF will also feature several revealing documentaries: “Tango Negro, the African Roots of Tango” by Angolan filmmaker Dom Pedro, which explores tango’s African culture and the contribution of African cultures in the creation of the music of el Rio de la Plata. It will be screened with “Candombe,” a short film from Uruguay.

“Jews of Egypt” by Amir Ramses, called “the most accomplished, most important Egyptian nonfiction film of the past five years” by Joseph Fahim of Variety Arabia, is a documentary that explores how, in the eyes of Egyptians, the Jews of Egypt turned from partners to enemies. “Go for Sisters,” by two-time Academy Award nominee John Sayles (“Lone Star”) and starring LisaGay Hamilton and Edward James Olmos, will have a guest screening at the Best of ADIFF.

For more information about the Best of the African Diaspora International Film Festival, visit www.nyadiff.org.