Elegant fashions of the 1930s at Museum at FIT 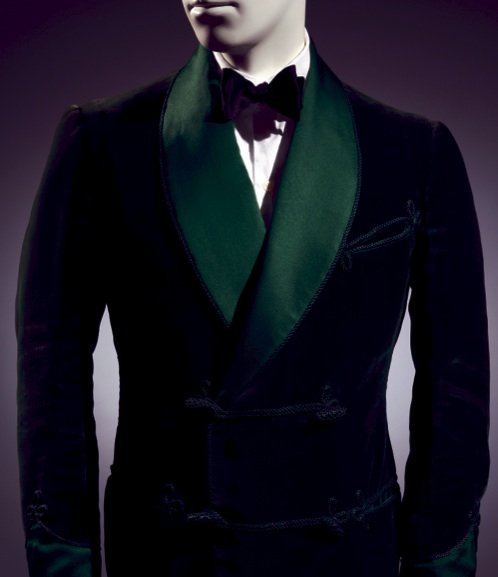 The Museum at the Fashion Institute of Technology’s (FIT) exhibition “Elegance in an Age of Crisis: Fashions of the 1930s” will open on Feb. 7 and run until April 19. It’s the first exhibit to concurrently examine both men’s and women’s fashion of the era.

You will find specific objects made by the era’s finest dressmakers and men’s clothiers. Haute couture and bespoke tailoring are equally represented by the approximately 80 ensembles and 30 accessories. At the Museum at FIT, these items are arranged thematically in an exhibition designed to evoke the restrained style of the era.

The 1930s was a time of grand style transformations. Fashion began to reflect the streamlined, modern aesthetic. Garments were softer, and ornamentation was minimal. Clothes were elegantly proportioned and markedly different from preceding periods like the Edwardian era, with the stiff, structured styles and shapeless, boxy cuts of the 1920s.

Despite the crippling financial crisis and dire political environment, “Elegance in an Age of Crisis” investigates how clothing creators of the 1930s spearheaded new stylistic ideas and wed them to emerging technologies. Technical innovations in textile production transformed what was possible for couturiers.

For instance, looms were wider, dying vats were larger and fibers were more tightly twisted. These expansive and flexible new materials gave dressmakers larger canvasses that allowed them to rethink and refine their draping techniques. There were featherweight textiles that lent their garments new suppleness and flexibility. In both northern and southern Europe, tailors simultaneously began to deconstruct the jacket and create a garment that was shapely and pliant. Lighter materials, such as linens, were used to make softer jackets. Cutting-edge technology and the finest handcraftsmanship were necessary to forge a truly modern aesthetic in clothing.

The first section of the exhibit displays activewear and resort designs. The second section examines simultaneous developments in men’s tailoring and women’s couture from around the world. Also on view are highly original designs for women, like a bias-cut brown wool tweed coat by James (1936).

Other driving forces in the ’30s included an artistic influence—mainly, the revival and a full embrace of classicism across all the plastic arts—that spurred a lean, elegantly proportioned aesthetic. It inspired master dressmakers and tailors to experiment with handmade day dresses and ensembles by couturiers. From Shanghai, there was a version of the silk qipao, a truly new fashion hybrid that blended the body-conscious Western silhouette with traditional Chinese design elements.

The third section displays dramatic and varied formal wear of the decade. Here, the gowns are long, streamlined and minimally adorned. These pieces illustrate a strong connection to classicism. They highlight the natural body and simultaneously sever stylistic and structural connections to the corseted fashions of the early 20th century. The tubular chemise dress of the 1920s is also on display.

The final section of the main gallery is a scene of a couture atelier and a woman’s boudoir, as well as a tailor shop and a man’s dressing room. This is where informal clothing worn in private quarters is presented, and it’s done quite nicely. There are examples of men’s robes, as well as the pattern of jacket that belonged to the duke of Windsor (likely cut by the legendary Savile Row tailor Frederick Scholte). The exhibition concludes with a woman’s gown and a short jacket in silk chiffon.