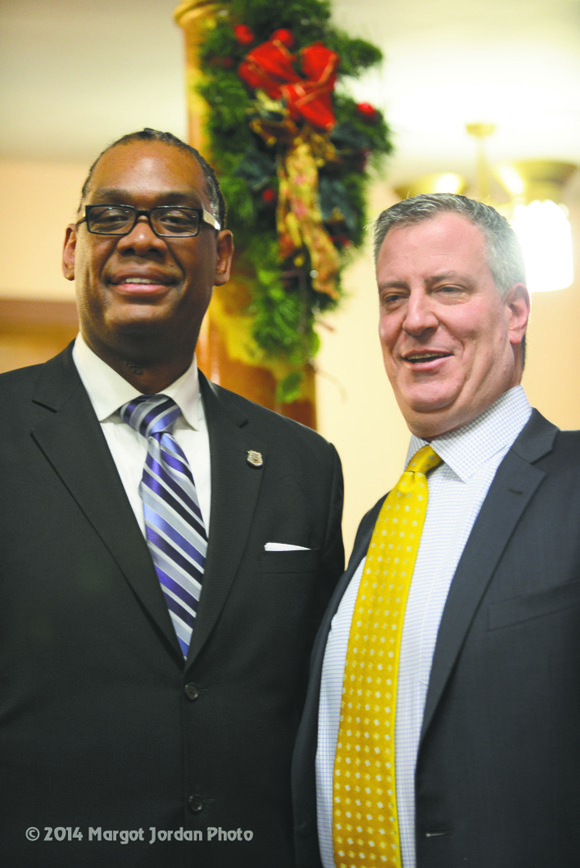 Much of the talk surrounding Bill de Blasio’s inauguration ceremony last week involved the public roasting of Michael Bloomberg, masqueraded as speeches from several elected officials and public figures. But another nugget to learn from de Blasio’s first week as mayor involves the possibility of a new day for public unions in the five boroughs.

Currently, all public unions are working without contracts and are looking to negotiate raises and back pay as soon as possible. The projected budget shortfall for this fiscal year, however, makes the unions’ desire seem more like wishful thinking. Nevertheless, union leaders were happy to see de Blasio sworn in, and they have high hopes for at least the next four years.

“The health care workers of 1199SEIU have a progressive vision for all working New Yorkers and the future of our city,” said George Gresham, president of 1199SEIU United Healthcare Workers East, in a statement to the AmNews. “We want to make sure working people can thrive in every borough, are welcome at City Hall and are heard in city government. We want a living wage and sick days for workers, universal pre-K, effective policing that respects civil rights and access to quality medical services for every community.

“Our more than 200,000 members in New York City will do everything in our power to build the grassroots support that Mayor de Blasio needs to turn his vision into law,” Gresham concluded.

Barbara Bowen, president of Professional Staff Congress, the union representing City University of New York faculty and staff members, reminded the AmNews that her union was the first public-sector union to endorse de Blasio during his 2013 campaign.

“We chose de Blasio because he offered an alternative to the false politics of austerity and because his signature proposals were about educational justice,” said Bowen. “Our members are committed to building the grassroots movement necessary to allow the mayor to achieve his proposals for universal pre-K and for increased funding for CUNY.”

When asked for their outlook and expectations for the de Blasio administration, United Federation of Teachers spokespeople directed the AmNews to statements made during a mid-December rally at Foley Square in lower Manhattan. At the rally, UFT P.S. 214 Chapter Leader Virginia Blair said she welcomed de Blasio to City Hall with open arms, but wanted to remind him of their concerns.

“We want a contract, we want to modify the teacher evaluation system, we want to lower class sizes, we want a curriculum that works,” said Blair.

De Blasio’s legacy may rest on his ability to deal with public sector union contracts, and the clock is ticking.