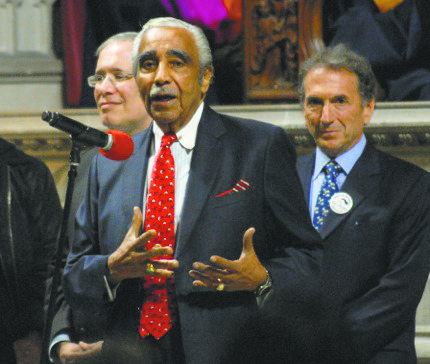 Walrdon was the featured guest speaker during a celebration of word and song, “Realizing the Dream: A Call to Conscience,” on Sunday, Jan. 19 at the Morningside Heights church.

Martin Luther King Jr. preached from the Riverside Church’s pulpit on many occasions. One year before his untimely death, he gave his historic “Beyond Vietnam” speech condemning the “triple evils of racism, economic exploitation and militarism” on April 4, 1967.