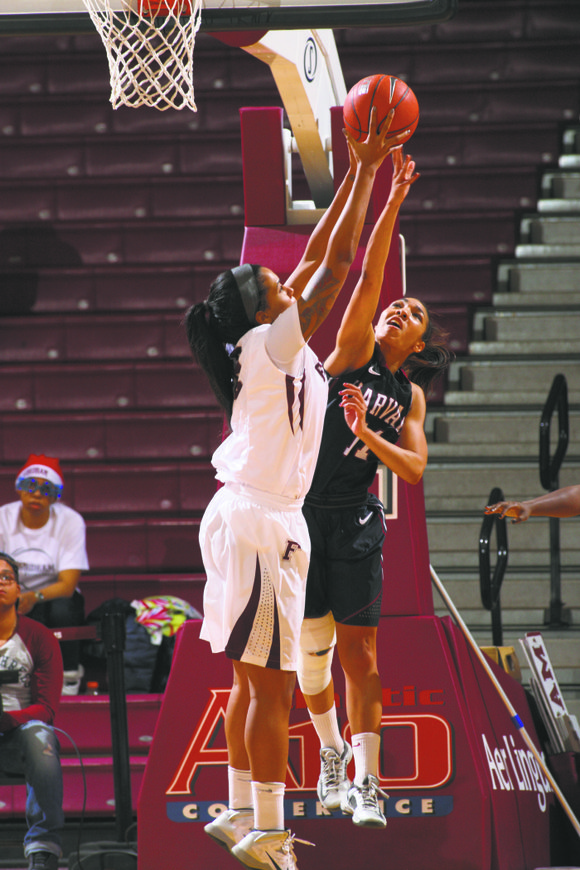 In only her third year as head coach of the Fordham women’s basketball team, Stephanie Gaitley has her players hungry for a trip to the NCAA Tournament and believing it’s within reach. Last year, the Rams made it to the title game of the Atlantic 10 Conference, where they fell to St. Joseph’s. Invited to the postseason WNIT, the Rams advanced to the round of 16, the first postseason victories for Fordham women’s basketball in 33 years.

“The first step in taking over any program, especially one that hasn’t had a history of success, is to become relevant,” said Gaitley. “You want to be in the conversation as being respected.”

A 12-game winning streak earlier this season garnered the Rams a lot of respect. Now 16-4 overall and 5-2 in conference play, Fordham is clearly in the national discussion. This year’s team is a mix of experience and youth. As she did last year with impact player Marah Strickland, Gaitley has a graduate student with one year of playing eligibility on the roster, Mary Nwachukwu, a forward who previously attended Boston College and St. John’s University.

“It was a great combination between Fordham and Marah,” said Gaitley. “Mary doesn’t give us statistically what Marah gave us, and she’s a different type of kid, but she’s been a great kid … [with] seasoning and veteran leadership.”

Gaitley noted that Nwachukwu has been integral in helping sophomore forward Samantha Clark develop her game. She’s also been an asset in recruiting by showing players that Fordham should be seriously considered by talented players. Along with leading scorer guard Erin Rooney and guard Abigail Corning, the dynamic has changed into a player-led team, which Gaitley sees as a key to success. Meanwhile, last year’s New York Player of the Year, Aaliyah Jones, has signed.

“The foreign tour helped us a great deal [in] working out some of the kinks early,” said Gaitley. Over the summer, the team went to Australia, New Zealand (Rooney’s home country) and Fiji, and played a game in Rooney’s hometown. “Every team I’ve taken on a foreign tour has resulted in a postseason bid.”