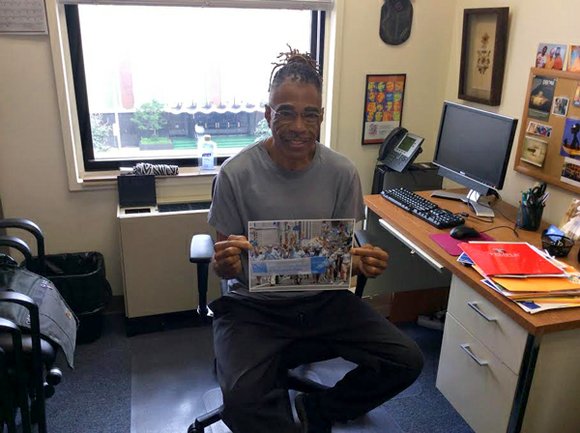 Growing up in Harlem in the ’50s and ’60s, Ty Martin knew his sexual orientation was not up for discussion. “You had to maintain some type of image,” says Martin. “You had to fake it.”

Not anymore. Martin, 66, is the out and proud co-star of the documentary “Before You Know It,” which follows the lives of three gay seniors. With Harlem Pride weekend fast approaching, he’s been busy talking about the film, which will be screened on June 27th at the Maysles Cinema.

“This story is about feeling connected on the inside,” says Martin, of the film, first released last year and directed by PJ Raval. “This is who we are.”

The world is different than when Martin was a young man in Harlem wrestling with his sexuality: As of this year, 19 states have legalized same-sex marriage, further drawing communities closer to unity. Though challenges remain, LGBT community members of modern-day Harlem remain largely optimistic.

Still, it’s harder for older gay men and lesbians, Martin says. As a member of SAGE, an organization that provides Service and Advocacy for Gay, Lesbian, Bisexual and Transgender Elders, Martin strives to spread self-acceptance throughout his community, and especially his 50 plus peers.

He hopes Before You Know It will touch the hearts of those who struggle with self-love. “If I had something like this around when I was growing up, I wouldn’t have asked myself ‘Why Me?’, ” says Martin. “If you are comfortable with you,” he adds, “then you can be comfortable with me and we can both be happy.”