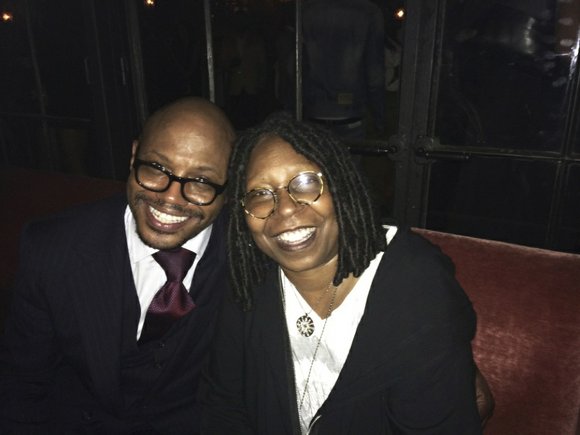 It was the boxing rematch that pitted U.S. pride against Nazi Aryan aggression. The world was at war, and the African-American community was still struggling under fierce enforced institutional racism.

June 22, 1938: Two minutes and four seconds later, it was over. Louis, aka the “Black Bomber,” was forever placed in the history books. Inside the arena, 70,000 fans roared, and euphoric people took to the streets. The newspaper headlines declared that “Joe Louis beat the Nazis.”

The win for the African-American and Native-American people was even more deeply felt—“root deep.” Maya Angelou has described the win as a moment in time that made her feel “liberated.” Angelou further added, “When Joe Louis knocked Schmeling out, we were liberated again. Truth thrown to the ground had risen again. Once more we were free. Once more we had a chance. Once more we were beautiful ... surviving.”

I grew up listening to the stories about that legendary throwdown. The details of the story were lovingly retold and acted out, with my grandfather being the opponent and my 4-foot-11 grandmother standing in for Louis.

“Baby, when you throw your left,” advised my bopping and weaving granny, “you can’t be afraid. Life will try to sucker punch you, but you gotta hit like Joe. You’ll understand one day, because that punch will land you exactly where you’re supposed to be.”

“One day” came recently, and I discovered that there is indeed truth in the statement that we are exactly where we are suppose to be—divine order.

That truth that highlights the power of divine order was no doubt in full effect when Joe Louis Barrows II, the son of the legendary boxer, invited me to the first meeting with Broadway producers Fran Kirmser and her producing partner Tony Ponturo to discuss turning his father’s life into a play.

The producing team’s history has been closely associated with finding the theatrical center in sports stories. The announcement surrounding the rights acquisition was recently announced, and the tremendous response from media and industry followed.

I knew the deal was going to be sealed a whole six seconds into the meeting. Kimser’s and Ponturo’s faces were illuminated, as bright as Broadway bulbs, as they shared stories about how Louis impacted their own lives and about their love of the sport—boxing. These producers also listened.

“I follow my instincts,” stated Barrows. “I’m confident that Fran and Tony are the right producers to tell my father’s story, and Pac [Lapacazo], I want you in this meeting—so come.”

I’m tickled pink that I was invited because it has given me a vantage point of watching a project evolve from concept to completion; it’s an exciting opportunity that places me—thanks to Joe—inside a chapter of theater history.

Kirmser and Ponturo had success with “Lombardi,” about the Green Bay Packers coach Vince Lombardi, and will serve as executive producers of Legendary Pictures’ feature film version of the play.

Their second attempt at sports theater was “Magic/Bird” (2012), about the friendship between basketball legends Earvin “Magic” Johnson and Larry Bird. The well-acted show didn’t catch fire and closed after only 37 shows.

Their third show, “Bronx Bombers,” a look at the New York Yankees, lasted less than a month this year.

Hope is in the air. Louis’ dynamic life certainly has plenty of fodder for an exciting retelling, especially his rise to becoming arguably the world’s finest heavyweight champion and his decades of conflict with the Internal Revenue Service. He died in 1981.

“Joe Louis, the legend, was a small part of my father,” shared the young Barrows. “Perhaps it was his advancing age, but I received his most tender side, and the life lessons that he imparted are invaluable. He didn’t mince words about the highs and the lows of his journey. I’m proud to be his son. I’m proud that his life will be on the stage, which is the perfect space for such a bigger-than-life life.”