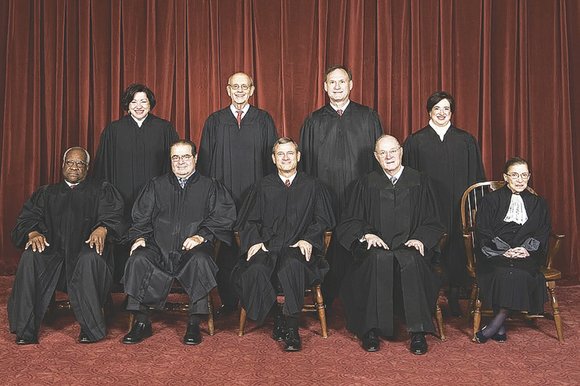 Corporations are not only people, they are people who can practice a religious faith.

On Monday, the Supreme Court’s 5-4 ruling in Burwell v. Hobby Lobby concluded that chief executive officers of major corporations can deny health insurance coverage for birth control based on their own personal beliefs. The decision sent shockwaves through feminist and progressive America, while others praised the Supreme Court for its support of “religious freedom.”

Hobby Lobby co-founder David Green said they would continue to provide 16 of the 20 FDA-approved contraceptives under the mandate.

As a consequence of this decision, if someone works for certain types of for-profit companies, they no longer have to cover the cost of any contraception they deem a violation of their religious beliefs. Some corporations can try and refuse coverage for other, non-contraceptive medications and procedures citing religious beliefs, and it could depress use of IUDs at certain privately held corporations that might consider it another form of emergency contraception.

“Some lower court judges have suggested that RFRA does not protect for-profit corporations because the purpose of such corporations is simply to make money,” wrote Alito. “This argument flies in the face of modern corporate law …

Notably, all three female Supreme Court justices dissented, arguing that the ruling violates women’s rights. In a scathing 35-page opinion piece, Justice Ruth Bader Ginsburg called the Hobby Lobby case “a decision of startling breadth” and said the court had “ventured into a minefield.” Ginsburg then noted how before Monday, religious exemptions weren’t extended into the “commercial, profit-making world.”

“The distinction between a community made up of believers in the same religion and one embracing persons of diverse beliefs, clear as it is, constantly escapes the court’s attention. One can only wonder why the court shuts this key difference from sight,” said Ginsburg.

The decision made waves locally as well with current and former elected officials, who have weighed in on the subject.

“Today’s ruling by the Supreme Court is an injustice for all women,” New York City Public Advocate Letitia James said in a statement. “The belief that your employer has the right to determine your reproductive health needs is antiquated and beyond reproach. The Supreme Court has signaled that we are entering a new war on women where a person’s access to birth control is subject to the whims of their employer. New York City must not and will not accept this flawed approach to reproductive health.”