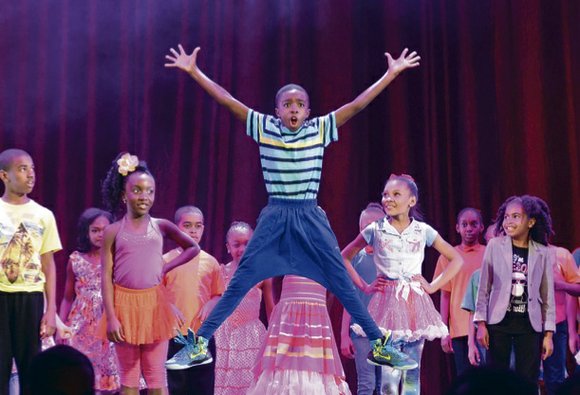 Dave Valentin is a noted jazz musician and Bronx native who earned a reputation as being one of the main influential flautists in jazz. Most recently, many of his friends performed in his honor at Hostos Community College in the Bronx.

In 2012, Valentin suffered a stroke and has been unable to perform. This concert, “Para Ti” (“For You”), helped raise funds for the musician’s medical and living expenses. Valentin made an appearance onstage to thank the performing musicians and audience for coming out to support him.

At one point on the stage, there were 20 musicians performing a rousing reconstructed version of “Afro Blue” and Palmieri’s “Dave’s ChaCha.” The big band performance was similar to the Alegra All-Stars or Eddie and Charlie Palmieri playing at the Hotel Diplomat, Concourse Plaza or Corso.

“This concert is to pay tribute and support the greatest flautist to play the instrument—he took it to the highest level,” stated Palmieri. “I am making it my personal business to keep this music alive.”

This was a great concert that raised funds for Valentin. Hopefully, such Latin concerts will be produced in the future. Concerts like this need to return to the Bronx, where the Latin jazz and salsa scenes were vibrant with instruments roaring out of numerous clubs, from the south Bronx to the Grand Concourse and east Bronx.

Valentin was the first musician to be signed by GRP Records in 1979, where he recorded over 15 albums as a leader and won a Grammy in 2002 with vibraphonist Dave Samuels and saxophonist Paquito D’Rivera for the Caribbean Jazz Project’s recording of “The Gathering.” Valentin has toured throughout the world and served as musical director for Tito Puente.