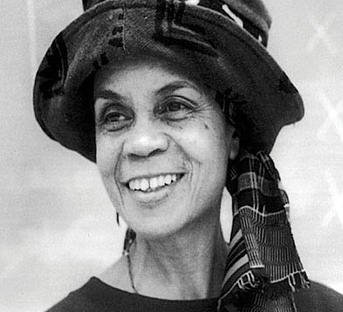 The Harlem Book Fair is Back! And the public literary event, which for 15 years was a one day affair just got a little bit bigger. From Thursday, July 10 to Saturday, July 12, the 2014 Harlem Book Fair will mark the first expansion to a three-day literary festival.

According to the Harlem Book Fair (HBF) website, the literary festival, which is attended by over 30,000 readers and viewed by millions on C-Span, will kick off the upcoming weekend with a full-length screening of Joe Young's Diamond Ruff. On Thursday, from 6:00pm - 9:00pm at the National Black Theater on 2031 Fifth Avenue, Harlem can watch as orphan, con artist, crime boss and millionaire, Diamond Ruff faces challenges that would force any man to reevaluate his life. The screening will be followed by a talk back with the director and author.

Friday, July 11, the Harlem Book Fair will host its first annual HBF World Fiction Festival at Columbia University School of Law on 435 116th Street in the Jerome Greene Hall. The event will feature a talk called, “The Artists Struggle for Integrity: James Baldwin and the Writer’s Life" as part of a partnership with Harlem Stage, Columbia University School of the Arts. After lunch, visitors can get intercultural with a reading and discussion called, "Coming from Far: Caribbean Writers on Home and Otherness" presented by the NGC Bocas Literary Festival. At the heart of the NGC Bocas Lit Fest are a series of readings by some of the Caribbean’s finest writers of fiction and poetry.

The Harlem Book Fair will end Saturday, July 12 with talks, workshops and discussion focusing on themes such as, exploring African American Literature theories and traditions and the growing interest to create greater availability of multicultural books for children. You can join the Harlem Book Fair Author Panels from 11:30am - 7:00pm at the Langston Hughes Auditorium on 515 Malcolm X Boulevard and West 135th Street.