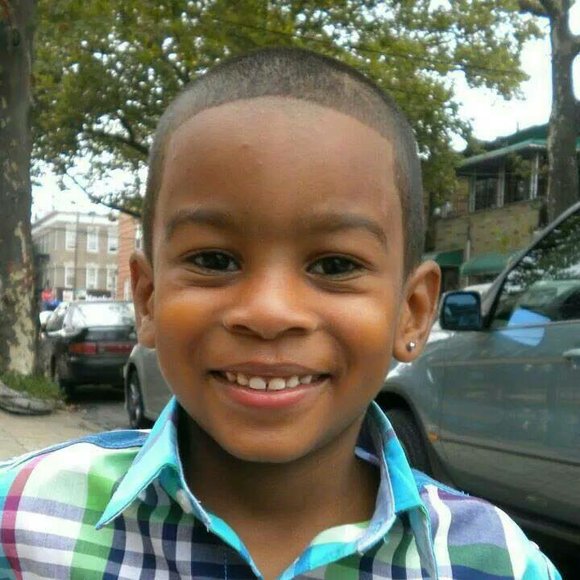 The East New York community was unimpressed when, stoned faced and dressed in an orange Correction Department jumpsuit, Daniel St. Hubert pleaded not guilty by reason of insanity for the stabbing death of one child and the severe wounding of another child during an appearance in a Brooklyn courtroom.

The former Riker’s Island inmate displayed no emotion as he was being charged with the murder of 6-year-old Prince Joshua Avitto and the attempted murder of 7-year-old Mikayla Capers.

While he was being taken into custody last month, St. Hubert allegedly told police that “Satan has powers and controls things.” However, it was his following words, “I think I need a lawyer,” that have the community doubting his insanity.

According to the NYPD, before St. Hubert’s arrest, he served five years in state prison for the attempted murder of his mother in May 2009. In February of 2010 at Queens County Court, St. Hubert attacked a Correction officer, and one month later, while at Central Booking Queens, he assaulted another officer who attempted to fingerprint him.

The East New York community is on edge about the string of violent attacks. A.T. Mitchell, a community leader and founder of Man Up, an organization that empowers urban neighborhoods with social services, feels that the insanity plea will not do the community justice.

“I don’t buy the case that he is mentally disturbed,” said Mitchell. “Obviously he plotted on these kids. It was not something sporadic or out of his control.”

Former City Councilman Charles Barron helped connect the victim’s family with the New York City Housing Authority to assist in a possible move from the Boulevard Houses, where the children were assaulted. Barron told the AmNews that St. Hubert should have never been released.

“The system failed when it comes to mental health,” Barron said. “He should’ve never been in the street after he attacked his mother.”

Councilwoman Inez Barron represents the East New York neighborhood where the attack occurred. She told the paper that 700 people have been wait listed for mental health therapy at the Riker’s Island facility. Inez Barron worries about the demise of the city’s mental health treatment policies.

“People who have mental disorders have not received the necessary medications and services to maintain themselves and to [help] keep our community safe,” she said.

Although community leaders do not buy the insanity defense, according to Dr. Steven Reich, director of the Forensic Psychologist Group, it is impossible to render a decision based on St. Hubert’s statements.

“The fact that an individual makes reference to his opinion that Satan or the devil has powers and controls things is only one piece of information in a very complicated mental jigsaw puzzle,” Reich stated. “Similarly, the fact an individual has wits about him to request an attorney is, once again, only a small piece in the same puzzle.”