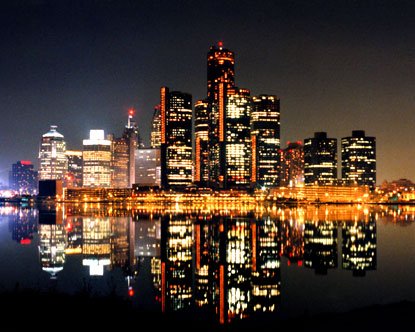 Organizers from groups such as the National Action Network and the Working Families Party are voicing their outrage over the Detroit Water and Sewerage Department’s shutoffs and say the utility company is risking the public’s health.

Reports indicate that 46,000 notices were given to customers who had not paid their bills, leading to 4,500 customers losing their water. Numbers from the city indicate that 90,000 residents and businesses are delinquent on their water bills, owing a combined $90 million.

Last Friday, protesters marched from the Detroit Cobo Center to the city’s Water and Sewerage Department in downtown Detroit. A rally was held at Hart Plaza. Local activists say that the shutoffs are targeting Black residents who live within the city of Detroit.

“We march 50 years after the signing of a civil rights bill that gave us access to public accommodations that were segregated by race,” said the Rev. Charles Williams II, vice president of the National Action Network’s midwest region. “Now we are still fighting to maintain public city services that are human rights that are being segregated by class.”

In response to the shutoffs, the nonprofit organization the Detroit Water Brigade has formed. The group claims that 40 percent of Detroit’s population is about to have their water shut off. The Detroit Water and Sewerage Department is conducting mass water shutoffs through September at a rate of 3,000 per week, which will affect more than 120,000 account holders. Leaders and activists say that the water company is violating the international human right of access to water.

“This is what emergency management looks like,” said Denise Griebler, a United Church of Christ pastor. “The water department, under the current rule of the governor and emergency manager, has described this violation of rights as a ‘commercial success,’ but we see the cost to our neighbors, the cost to Detroit. We say reconnect the people.”

Rep. John Conyers said that he also plans to assist in the fight to help Detroiters keep the water from going dry and to seek federal aid. He said the issue is the most important thing on his agenda.

This is a national issue,” Conyers said.“Water is a human right. It’s necessary for life. That, I feel, is my responsibility as a member of Congress from this area.”

Conyers reportedly sent letters to President Barack Obama and other officials about this issue in his District, which covers Detroit, and he wants to meet with Detroit Water and Sewerage Director Sue McCormick.

Some residents have become so desperate that they have resorted to stealing water. News broke this week that 79 Detroit residents are being cited for illegal water use over a three-day period, costing more than $21,000 in fees. Those caught illegally running water face a $250 fine for the first offense, with the fine going all the way up to $660 for repeat violators. Not paying the fine results in water service being withheld until the fine is paid in full, making it even harder for those who have unpaid water bills to begin with.

In response to the issue, the Detroit Water and Sewerage Department said there has been misinformation about the shutoffs and said they are working closely with customers who are delinquent to prevent what they call “avoidable” shutoffs. They said 17,000 customers are enrolled in payments plans tailored to each customers individual financial situation and has launched a financial assistance program.

“Our goal is to have as few shutoffs as possible,” said Water and Sewerage Director Sue McCormick. “Unpaid Detroit water bills affect only Detroit customers. No suburban customers pay any extra on their bills to make up for unpaid bills on Detroit addresses. Many of the properties that we shut off are actually vacant structures, not occupied homes.”