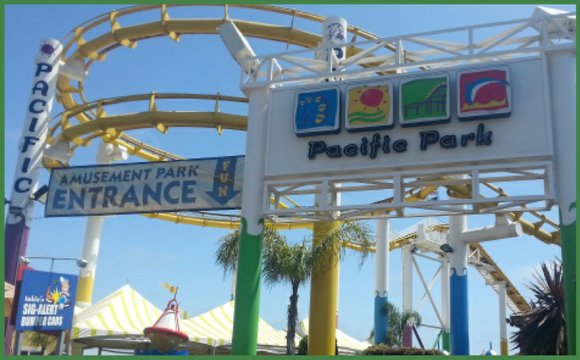 These are just some of the images that come to mind when talking about Santa Monica, Calif. And while all of the above ring true, there is more depth to the story of this world-renowned ’burb situated in the big Los Angeles metropolis.

Located eight miles north of Los Angeles International Airport and approximately 13 miles from downtown, the early roots of the City of Santa Monica run deep. Its first inhabitants were the Chumash and Gabrielino Indians, followed by the Spanish led by Conquistador Juan Rodriguez Cabrillo, who arrived in 1542. Santa Monica did not gain its name, however, until more than 200 years later, when it was given by a Franciscan named Father Juan Crespi, who was inspired to name it so after drinking from two cool, free flowing area springs that reminded him of the story of St. Monica, who wept for her errant son.

By the early 1800s, Mexico had taken the reigns and the city soon began to take shape. Many of the names of Santa Monica’s expansive boulevards, parks, smaller residential communities and the like found today were derived from Mexico’s occupation, coupled with later city founders, who came here from all over the U.S. to take advantage of the growing commercial opportunities.

The topography here is unique, in that the surrounded area is highlighted by soaring mountains, meandering canyons, scenic valleys with rolling hills and, of course, the sparkling Pacific Ocean and beautiful beaches.

And who can argue about the weather! Santa Monica boasts more than 340 sunny days with mild year-round temperatures ranging from the high 40s to the low 70s in the winter then the 60s to the mid-80s in the summer.

When you add all of these elements together, you get a unique, charming, laid-back and welcoming beach culture without many of the Los Angeles-esque trappings and attitudes surrounding fame, fortune and privilege.

One of the upshots of possessing such a spectacular setting and location is that many TV shows and big screen movies have used Santa Monica for their scenes and backdrops—a great deal of which take place along the delightful Ocean Front Walk. Here you will find oodles of shops, restaurants, a row of volleyball courts, benches, palm trees and a stone-walled sandbox featuring a concrete Viking ship, peppered all along a wide, paved footpath.

It’s all part of the city’s very easy to use public transportation system, the Big Blue Bus, which connects Santa Monica with areas all over Los Angeles. For those choosing to explore on two wheels, you will find a plethora of bike rental places on seemingly every corner, including the new Santa Monica Bike Center, reportedly the largest of its kind in the nation.

In addition to road, mountain, cruiser, tandem, ElliptiGO and electric bikes, they offer a wide array of cabbie, kids’, tagalong and wagons, plus Segways. You can also take advantage of the city’s popular guided and self-guided “bikeinteraries” and tours to explore the area’s history, urban farms, street art, beach communities and other areas.

While you’re out and about, you’ll no doubt visit one of Santa Monica’s biggest draws—the famed Santa Monica Pier. Located at the intersection of Ocean and Colorado, the 1,600-foot-long concrete pier, originally built to satisfy the city’s sanitation needs, first opened to the public in 1909. But it wasn’t long before other entities were added to make it more of a tourist destination because of its immense popularity with local entrepreneurs and visitors.

Today, the iconic pier features the 1922 Looff Hippodrome Carousel, which has been designated a National Historic Landmark; the Playland Arcade, with 200-plus games and attractions; and the Santa Monica Pier Aquarium, home to more than 100 species of marine animals and plants from around Santa Monica Bay, plus hands-on presentations and interactive exhibits. The pier is also home to the end of historic Route 66, one of our nation’s oldest and longest roads, extending approximately 2,400 miles to Santa Monica from Chicago.

At the end of the pier is Pacific Park, the Los Angeles area’s only admission-free amusement park. Visitors here will find a full-service amusement park with unique rides and activities, a five-story West Coaster roller coaster, a nine-story Pacific Plunge tower ride and the only over-water miniature golf course. All attractions here are designed with the family in mind, including a wave jumper, pirate ship, bumper cars, sea planes, roller coaster, scrambler and more, plus almost two dozen midway games.

The biggest attraction here is the nine-story Pacific Wheel–the only over-water Ferris wheel in California and the first solar-powered wheel in the world. The subject and backdrop of numerous famous photographs, documentaries, TV shows and movies, the Ferris wheel is 85-feet high, sits more than 130 feet above the Santa Monica Pier and is dramatically highlighted by more than 160,000 energy-efficient, multi-hued LED lights.

Whew! We’ve just barely scratched the surface of this unique, beachside community known around the world. Next, we’ll explore more of its attractions, entertainment entities, accommodation options and more.