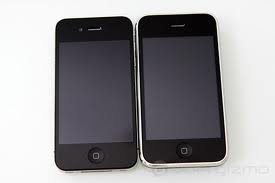 In a major ruling last month regarding electronic media privacy, the U.S. Supreme Court ruled that police cannot look at an individual’s cellphone while making arrests.

“The police generally may not, without a warrant, search digital information on a cellphone seized from an individual who has been arrested,” judges unanimously held in Riley v. California, where the court consolidated two suits involving California police who pulled over drivers and used their cellphone info to charge them with crimes.

The ruling requiring cops to obtain search warrants modernizes laws, bringing them up-to-date with our current digitized media communication age. Falling under constitutional rights regarding privacy, the ruling states that cops searching through people’s cellphones are not equivalent to asking them to empty their pockets, the court explained.

“Before cellphones, a search of a person was limited by physical realities and generally constituted only a narrow intrusion on privacy, but cellphones can store millions of pages of text, thousands of pictures or hundreds of videos. This has several interrelated privacy consequences,” reads the ruling before laying out the various ways a person’s privacy can be violated. “Today, many of the more than 90 percent of American adults who own cellphones keep on their person a digital record of nearly every aspect of their lives.”

The court concluded that personal privacy rights trump police fishing expeditions, or finding something else to charge a person in custody with. It pointed to previous Supreme Court rulings on whether a search warrant was necessary and affirmed that privacy rights outweigh police expediency.

California had argued that police needed to look at cellphones and suggested that the court create rules for doing so. However, the court rejected most of those with a few exceptions.

“Digital data stored on a cellphone cannot itself be used as a weapon to harm an arresting officer or to effectuate the arrestee’s escape,” said the court. “Officers may examine the phone’s physical aspects to ensure that it will not be used as a weapon, but the data on the phone can endanger no one.”

The court also said that police concerns that people who were arrested would erase their phones’ content were not justified because police can obtain warrants to recover data from service providers if need be.

“As to remote wiping, law enforcement currently has some technologies of its own for combating the loss of evidence,” the court suggested.

California’s contention that police would only look at information relevant to the possible crime was also rejected by the court. Some are skeptical that cops will fully adhere to this ruling.