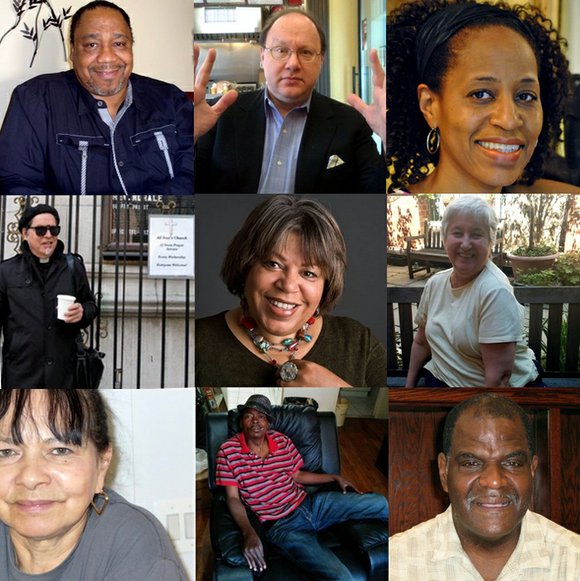 Harlem is the neighborhood with the most name recognition in all of New York State, according to the New York State Visitor and Convention Bureau. But Harlem means something different to everyone and, for those that have lived there, each experience has been different too. Harlemites have grown up around the world, around the country and around the corner. Each of Harlem's over 300,000 residents carry his or her own story.

And who better to carry out the recording and studying of these stories than the New York Public Library?

New York Public Library’s A People’s History of Harlem oral history project, headquartered at the 115th Street Library, is dedicated to preserving and documenting the history of this ever-changing part of the city. Volunteers from all corners of Harlem go through training and record audio interviews with locals, which are uploaded to the New York Public Library oral history website. The project launched in May and so far over 30 interviews have been captured and posted online.

Long-time Harlem resident Henry Blaukopf has conducted approximately 20 interviews of people from all parts of Harlem for the project. “If you live in Harlem, you really don’t go below 125th street if you live above 125th street. If you live below 125th street you never really go above 125th street,” Blaukopf said. “This has taken me into all different kinds of places.” Blaukopf has been rewarded by meeting new people and diving deeper into his neighborhood. “These are places I wouldn’t necessarily go to in my daily life,” Blaukopf said. “That’s the most fun, really, exploring different kinds of neighborhoods.”

The stories of Harlemites are the heart of this project. “Harlem has an energy that no other place has,” Blaukopf said. Although everyone’s experience was unique, project co-organizer Helen Broady noticed a few points that kept coming up. “There was a real community, almost like a small town atmosphere where everyone knew each other," she said. "No one felt poor because everyone could get what they needed. There was an atmosphere of trust. And I’ve heard that from more than one person.”

First, there was the changing demographics of Harlem. “I thought that it would be a very good avenue to connect newer residents with long-term residents,” said Broady. Kelly supported this idea, “Harlem is changing, so it’s important to get these [stories] now.”

The second impetus for the project is a determination to connect young people with life-long Harlemites. “I conceived of it also as an intergenerational project,” said Broady, who hopes teens will get involved with the interview process.

Harlem is the second neighborhood for New York Public Library’s oral history project; the first was Greenwich Village. During a community meeting at the Jefferson Market Library last winter, residents discussed local businesses that disappeared over time. “All of these memories collectively fit together in this room to create a sense of energetic nostalgia,” Kelly noted. Librarians, locals, and professionals like Kelly soon collected a number of stories for the on-going Your Village, Your Story project in that pocket of Manhattan before connecting with Broady at 115th Street to take on Harlem.

The importance of oral history, it’s many educational uses for example, is sometimes overlooked. “It’s of primary importance. It’s a primary source,” Broady said. Audio files can be hard to access and take additional measures for proper research. “Getting the facts from oral history is more cumbersome than looking in a book that outlines things,” Broady said. Kelly agreed, “Sometimes people think of oral history as cumbersome. How do you approach an oral history? How do you put on those headphones...how do you dive into that audio?” But she is hopeful about A People’s History of Harlem. “This is the type of oral history project that because it’s built by the community is automatically going to improve in it’s accessibility and range of appeal.”

A People’s History of Harlem has goals to expand to all Harlem branches and partner with other organizations and local teachers. “It’s really taken a lot of exciting twists and turns and it’s turning into a multibranch collaboration,” Kelly said of the project’s development. And what’s next? The New York Public Library might move on to collect stories in even more neighborhoods.

This is a key moment to capture Harlem’s history and present. “What’s more important than the history of Harlem is Harlem now,” Blaukopf said. “Just as the Harlem Renaissance was the building block for Harlem now, this is the building block for Harlem of the future. I think people in the future are going to want to know about where they came from.”

Listen to the stories here.