SUNY moves on to third bidder in LICH negotiations 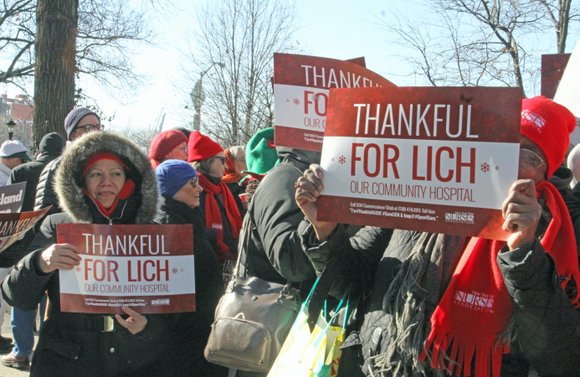 Another bidder bites the dust.

Last week, the State University of New York (SUNY) decided to end negotiations with the Peebles Corporation for the takeover and redevelopment of Long Island College Hospital (LICH).

SUNY accused Peebles of not negotiating in good faith, claiming that the group reneged on parts of their proposal, while Peebles pushed back, saying SUNY demands were “unrealistic.”

In a letter addressed to SUNY officials, Peebles representatives claim that SUNY tried to force them to take on liability for environmental issues at the site before standard testing was done. The letter also stated that Peebles would’ve been ready to take over emergency room staffing when the deal closed, but not before.

SUNY countered with letter of its own, which was obtained by the Brooklyn Daily Eagle, stating that it wasn’t part of their plan to keep the emergency room operating until issues were addressed and deals were finalized between them and Peebles.

“Instead, your client proposes that SUNY not exit but rather continue to provide care, bearing the cost of facility malpractice for at least six months and possibly indefinitely based on your client’s request for extensions of the closing,” wrote Ruth E. Booher, SUNY’s deputy counsel for health affairs. “This is unacceptable.”

SUNY also accused Peebles of trying to hook taxpayers into sharing the cost of the LICH campus’ environmental remediation.

If the companies had continued negotiations, SUNY would have sold the site to the Peebles Corporation for $260 million. SUNY will now move on to talks with the third-place bidder, Fortis Property Group LLC, which has teamed up with Lutheran Health Care and NYU Langone Medical Center to offer some semblance of health services at the LICH site.

“We are pleased that we have been given the opportunity to enter into negotiations with SUNY regarding the Long Island College Hospital project,” said the Fortis team in a statement. “Our team is ready, willing and able to ensure that there is a continuity of care that provides the people of Brooklyn with world-class health care. The team—consisting of Fortis Property Group, NYU Langone Medical Center, Lutheran HealthCare, L&M Development Partners and Full Spectrum NY—has a long and successful history in Brooklyn and is excited for this opportunity.”

Earlier last month, negotiations allegedly fell through between the first bidder (Brooklyn Health Partners) and SUNY, with New York City Mayor Bill de Blasio calling on SUNY to open negotiations with other bidders in the hopes of preserving health care services at LICH.

When he was public advocate and a mayoral candidate, de Blasio was one of many who protested for the maintaining of LICH as a fully operating medical facility. Requests to City Hall for a comment from the mayor weren’t answered as of press time.