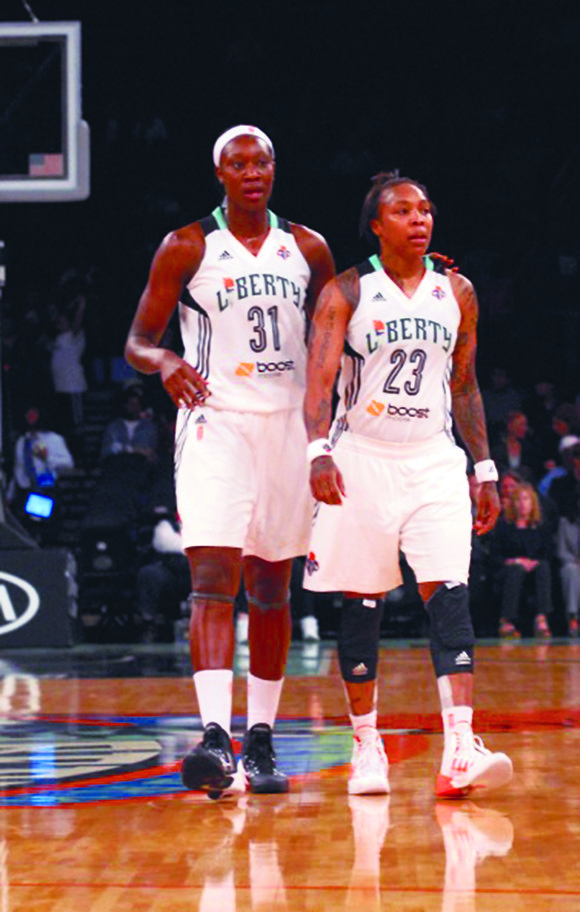 Tina Charles and Cappie Pondexter are leading the way with their veteran experience.

“It was important that the players have a good game under their belts so they know that if they play with that kind of energy [they can win],” said New York Liberty coach Bill Laimbeer after the team defeated the Washington Mystics 81-64 at Madison Square Garden on Sunday afternoon. 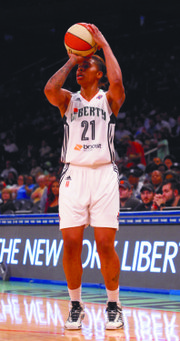 Alex Montgomery is playing her heart out for the Liberty.

It was a decidedly different mood than after the Liberty took a home court drubbing from the San Antonio Stars last Thursday. After that game, Laimbeer expressed his concern that the players tended to fold in the second half. In subsequent days, the team clearly found its focus—especially guard Cappie Pondexter, who shot a remarkable 10 for 11 in the win over the Mystics. Alex Montgomery also had an outstanding game with 13 points.

“One of the things we did is open the offense for the guards,” said Laimbeer. “In the cafeteria at the training center [in Tarrytown], there’s a quote on the board from Wayne Gretzky. I kept bringing it up to Alex. ‘I miss 100 percent of the shots I don’t take.’ She has one of the best looking shots on the basketball team. She has to have the confidence to take them.”

“Thanks to my teammates, we ran the ball well, we were really aggressive, and I was happy to be open and knock shots down,” said Montgomery. “The quote seemed to work.”

Guard Chucky Jeffery said the team came out with a different vibe on Sunday. “It’s the vibe we all want,” said Jeffery. “We went out, had fun, executed. When [the reserve players] got in the game, we tried to keep the energy up. We’ve got to keep working together.”

Forward Plenette Pierson has been strong in victory and defeat—coming up with big baskets and crucial rebounds. “It was a great team game, a great team effort,” she said after the win. “We’ve been on different pages before, and I think today was a turning point that we all got on the same page and understood our roles as individuals and our roles as a team.

“We all stayed together, and we all had fun,” she added. “The more we have fun, the more we win.”