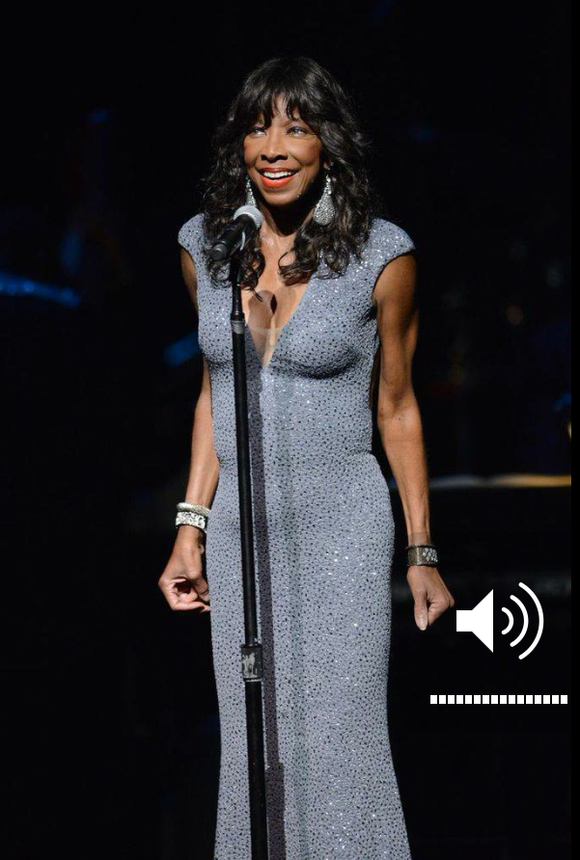 The Apollo Theater has transformed the lives of many singers that performed on its stage such as Stevie Wonder, James Brown and Lauryn Hill. But sometimes in a transcendent moment the lives of audience members are forever changed as well. For Star Jones that is the promise and value of this legendary institution, which celebrated its 80th anniversary this past Tuesday during its annual spring gala.

“I remember seeing The Jackson 5 and classy women performing the Apollo and it changing my life. Tonight brings back a lot of memories for somebody like me from the housing projects in New Jersey,” she said.

Looking back and moving forward was the main theme of the night. The evening’s emcee Wayne Brady presided over a line-up that took the audience on a journey from jazz (Natalie Cole and Gladys Knight) to Motown (Human Nature) to soul (Joss Stone and The Isley Brothers) to hip-hop (Doug E. Fresh) to gospel (Edwin Hawkins). Along the way there was recognition of the role that comedy and dance played in the Apollo’s legacy. 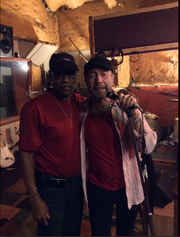 In recognizing that none of this would continue without passionate leaders, the benefit honored former Citigroup and Time Warner chairman, Richard D. Parsons, with the Leadership Award. For Parsons the credit is shared with numerous others on the Apollo’s board. “No one in today’s world accomplishes anything alone except if you’re a terrorist. But if you want to build something you need compatriots,” he said. “So the real credit goes to the members of the board who helped the Apollo rise like a phoenix from the ashes.”

Every visual artist needs funding and space to create and present work. For nearly 20 years, the non-profit organization chashama has been providing the latter to New York City artists by turning over vacant real estate to artists. Their achievements were celebrated at their annual gala this past Monday where funds were also raised to further their mission. During the event attention was also given to the Paying Artists campaign in the United Kingdom that aims to mandate that artists are financially compensated to exhibit in public-funded galleries.

It is a controversial and potentially game-changing idea that chashama founder, Anita Durst hopes is successful and will lead to a similar initiative in the United States. “Art is a big commerce but most artists I know are really poor and have very little money,” she said. “If we had money to give artists to show in spaces that would change the way art is perceived and how artists are treated.”

Not everyone is so quick to wholeheartedly support the campaign. Jorge Daniel Veneciano, the new executive director of El Muse del Barrio, believes that while the idea has merit it shouldn’t necessarily apply to all artists. “I think some artists especially emerging ones may benefit from exposure and publicity that help their career, while more advanced artists may feel some compensation is in order. So I'm hesitant to say across the board it is right but I do think it is absolutely the right question to ask and it is worth exploring,” he said.

Paul Rodgers gives back to Memphis with new soul album

When rock singer-songwriter, Paul Rodgers (Bad Company, Free, The Firm, Queen + Paul Rodgers), decided to pay homage to the soulful sounds of Otis Redding, Albert King and Ann Peebles he knew exactly where to record: Memphis’ historic Royal Studios. It is the home of Willie Mitchell and Hi Records where songs by Buddy Guy, Chuck Berry and Ike & Tina Turner were recorded. On his new release ‘The Royal Sessions’ Rodgers has amassed a line-up of legendary Memphis studio musicians, many of whom backed Redding, Peebles, Isaac Hayes and numerous others. For Rodgers the decision was borne of a desire to remain respectful to the legacy of Memphis’ soul music and its originators.

“I listened to people like Otis Redding and basically copied their style and developed my own style from that. So we wanted this to be real. The way to capture the magic is to be in the studio where it was recorded with the musicians that were around at the time,” he said. “It comes from a feeling of respect and from the heart.”

And if there is any doubt that his heart is all there just follow the money. All proceeds from album sales will be donated to the Stax Music Academy, which provides music education to underserved youth. Rodgers and ‘The Royal Sessions’ musicians will perform at Town Hall in New York City on Thursday June 19 for a rare set.