A Mandela Revival appears in books and films 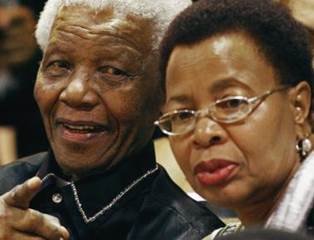 Jun 16 (GIN) – Since the Long Walk to Freedom, the book and the movie, the life of Nelson Mandela continues to inspire a generation of writers and filmmakers.

Now, on the heels of “Madiba A to Z,” a book by Danny Schechter in the U.S. and “Nelson Mandela: The Myth and Me,” a film by Khalo Matabane of South Africa, a just-completed personal memoir is about to hit the shelves, penned by Madiba’s assistant of 19 years. The tell-all first-person chronicle is already ruffling feathers and raising eyebrows with its revelations of inside family squabbles including the questionable treatment of his last wife, Graca Machel, by the Mandela children.

"My book was not written as a definitive account - to say 'this is Madiba',” cautioned Zelda la Grange in an interview with South Africa’s Sunday Times. “It's just my experience.”

In one incident highlighted in her book “Good Morning, Mr. Mandela,” a bereaved Mrs. Machel had to obtain accreditation for her husband’s funeral and was only allocated four seats and one for herself at the service for her side of the family.

When Mandela was too ill to speak, the former secretary alleged, his family allowed strangers to visit him; while excluding life-long friends.

La Grange further claimed that she too was denied access to Mandela in the hospital. She said she was told that after 19 years of service, she was no longer an employee.

La Grange, 43, began as a government typist in 1993. A white Afrikaner, she grew up in segregated South Africa, supporting the regime and the rules of apartheid. Her conservative family referred to the imprisoned Nelson Mandela as “a terrorist.” Yet just a few years after his release and the end of apartheid, she would be traveling the world as one of Mandela’s three private secretaries.

Archbishop emeritus Desmond Tutu wrote for the book: “President Nelson Mandela’s choice of the young Afrikaner typist Zelda la Grange as his most trusted aide embodied his commitment to reconciliation in South Africa. She repaid his trust with loyalty and integrity. I have the highest regard for her.”

Morgan Freeman of the film Invictus wrote: “Zelda la Grange has a singular perspective on Nelson Mandela, having served as his longtime personal aide, confidante and close friend... Her story of their journey together demonstrates how a man who transformed an entire nation had the power to transform the life of one extraordinary woman.”

In 2002 she left government and became a full-time employee of the Nelson Mandela Foundation.

"Zelda la Grange" - one of the top trending topics on social network Twitter in South Africa – has already drawn a torrent of criticism including this from Sandiso Gcwabe: "Zelda La Grange wld be that woman everyone hates in the village coz she talks abt other people's problems at every occasion.. Dear Zelda La Grange, every black family has family problems but they are meant to remain just that,” and a response: “Is the backlash fair to Zelda La Grange?” asked Ray Mahlaka. “I don't think so. Already forming your opinion from an excerpt. At least read the book.” Good Morning Mr. Mandela will be available later this month from its publisher, Viking, in bookstores and online through Amazon.