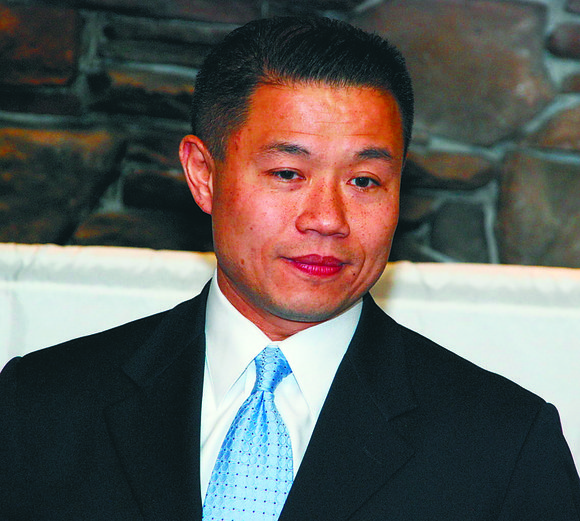 Former New York City Comptroller and Council Member John Liu has shored up an endorsement from one of the largest public sector locals of the Communications Workers of America. Citing his track record as a “tireless fighter for working families and the middle class in New York City,” CWA Local 1180 endorsed Liu’s campaign for the Senate seat in New York’s 11th congressional district.

“Democrat John Liu is the people’s champion. He has always displayed great courage in his willingness to question the status quo and to take on powerful interests on behalf of working people,” said CWA Local 1180 President Arthur Cheliotes in a statement. “During his tenure as New York City comptroller, he uncovered the fraudulent CityTime contract, put a stop to the corrupt project and returned half a billion dollars to the city. He also audited the 911 system overhaul, noting overbilling of millions of dollars, which the city has recently suspended.”

Cheliotes also cited Liu’s defense of public workers as a reason for his union’s support.

“While comptroller, he released several reports detailing: the value of public sector employees, the advantages of defined benefit contributions, gender equity in the workplace, the cost of rent in New York City, and income inequality,” said Cheliotes. “Time and time again, John has defended and supported the workers and the middle class of New York City, and we know that he will do the same in Albany. John has always led with integrity, and he represents the voice of the people. We are proud to stand with him again to help realize a bold vision for New York.”

Liu expressed appreciation for the endorsement.

“It is my honor to accept the endorsement of my brothers and sisters of CWA Local 1180,” said Liu in a statement. “The union and its members have always stood up for the working women and men of New York and beyond. In my years of public service as city council member and New York City comptroller, it has been a privilege to stand side by side with my friends at CWA Local 1180 in the fight to bring good jobs, higher wages, quality public education and affordable housing to all New Yorkers. I look forward to working with the union when I’m in Albany, where I’ll put an end to the Senate status quo that has, for far too long, stood in the way of real reforms that will make positive changes in the lives of New York’s working families.”