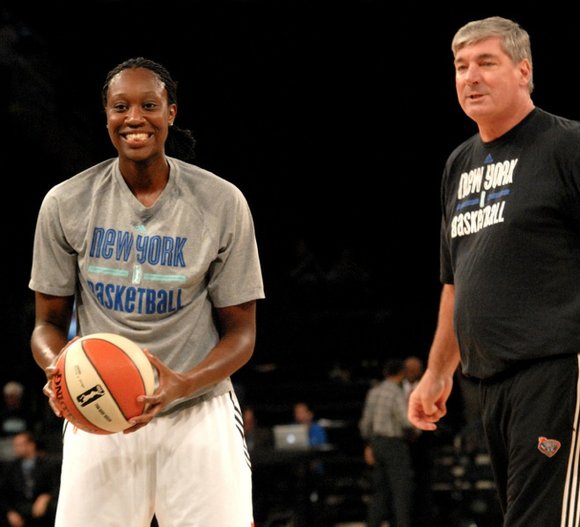 It’s been a tough stretch for the New York Liberty.

Now 3-8 and sitting at the bottom of the Eastern Conference, the Liberty are struggling for consistency. The team’s two stars, center Tina Charles and guard Cappie Pondexter, have found a groove, but the rest of the team has been hot and cold. 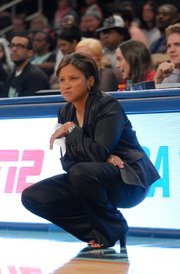 Pokey Chatman will soon have a breakout game for the Liberty.

Liberty coach Bill Laimbeer is working hard to get his Liberty team on track.

“We have to have more effort,” said coach Bill Laimbeer after the team’s home court 83-75 loss to the Connecticut Sun last Friday. “There are no easy games, and I’ve impressed on them that they have to play consistent—40 minutes of maximum effort—just to get a win. Not to be a great team, just to get a win.

“We don’t have talent all over the mat,” he added. “We have some pieces. But if we don’t play with maximum effort for 40 minutes, we’re not going to win or we’re going to put ourselves in a position to have to make a great play down the stretch to win.”

Charles noted that effort is not something you can teach. “By the time you get [to the WNBA], that is something that should be in your DNA,” she said. “Effort should be our identity.”

On Sunday, the Liberty faced the Sun on the road. This time it was much closer, but they still came out on the losing end of a 76-72 game.

“I thought we came out with a lot of energy. We were focused for 36 minutes out of the 40,” said Pondexter. “We were a few possessions away from winning the game. I can blame the refs. I can do a lot of different things, but at the end of the day, we have to correct our mistakes, make fewer of them and win a game.”

Charles said her former team played with a sense of urgency and confidence. To get to that place, she said the Liberty need to “keep up our confidence, stay together, work harder, do all the little things and hold ourselves accountable.”

This week, the Liberty are on the road for two in-conference games—Chicago and Atlanta—before returning to Madison Square Garden on Sunday to play against the Atlanta Dream. Sunday’s game will include pregame presentations from My Black Is Beautiful.