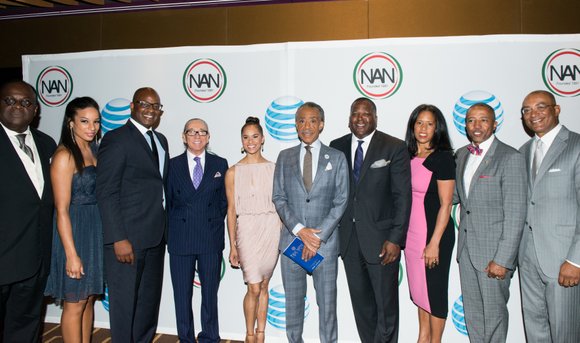 The National Action Network and the Rev. Al Sharpton hosted the fifth annual Triumph Awards on June 2 at Jazz at Lincoln Center, honoring those who have made a positive impact beyond their performances on the stage, in the arts, in public service and in the community. New York City Mayor Bill de Blasio joined in saluting this year’s honorees for their service.