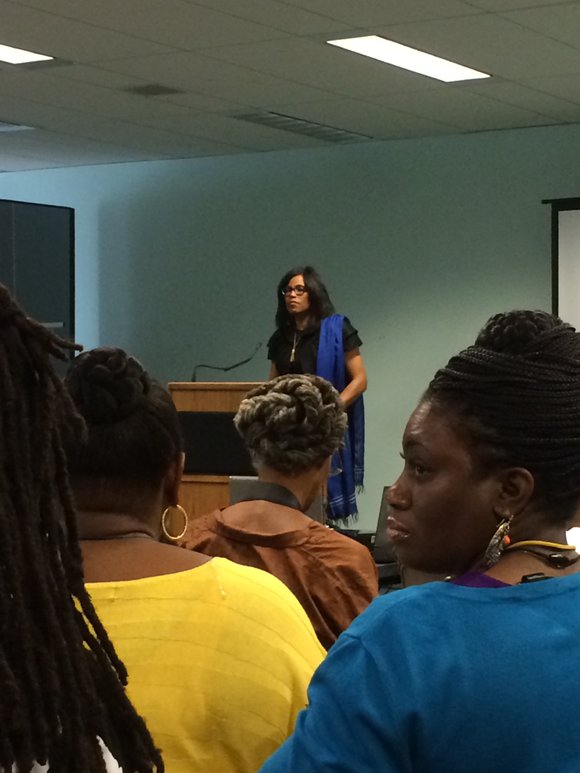 Last week, members of the New York City Council marked the 148th anniversary of the first Juneteenth with a celebration at City Hall. The event was a festive occasion complete with drum processions, libations, poetry and dance.

Juneteenth is a celebration that takes place annually nationwide on June 19 to commemorate the end of slavery in the United States. The celebration is recognized in most U.S. States, and in 1997, Congress officially recognized the day as Juneteenth Independence Day.

Black historians like Dr. Maulana Karenga and Noah Andre Trudeau say that it was 180,000 slaves who took arms with the Union soldiers against the Confederate Army who helped free the slaves in Texas. This was two and a half years after President Abraham Lincoln’s Emancipation Proclamation, which had become official Jan. 1, 1863. They say that the Emancipation Proclamation had little impact on Texans due to the minimal number of Union troops available to enforce the new executive order. However, with the surrender of Gen. Robert E. Lee in April of 1865 and the arrival of Gen. Gordan Granger’s regiment, the forces were finally strong enough to influence and overcome the resistance.

Council Member Inez D. Barron and former Council Member Charles Barron were on hand to gave a presentation on the history of Juneteenth.

“Everybody knows that Abraham Lincoln did not free the slaves,” Charles Barron told the multicultural crowd. “Two of the biggest lies in American history are that Christopher Columbus discovered America and Abraham Lincoln freed the slaves.”

He reminded the audience that Juneteenth isn’t just a celebration of emancipation, it’s a celebration of the commitment our people made for liberation in Texas, which is far more important than our Independence Day. He also recognized the role that freedom fighters Harriet Tubman, Nat Turner, Gabriel Prosser and Denmark Vesey played in the fight against slavery.

Before the program ended, there was a presentation of a proclamation by Inez Barron to Newark, N.J., Mayor-elect Ras Baraka, honoring his accomplishments. His mother, Amina Baraka, who also performed, accepted the award.

“It was important that the event was held here at City Hall. It captures the history that New York was founded on the backs of the African population that came here,” Leonard Jefferies, professor of African-American studies at City College, told the AmNews, referring to the African burial ground in lower Manhattan. “All of this area was a part of the African community in the 1600s. City Hall, Little Italy, the Village and Foley Square were part of the Black community. So it is fitting to add that part of history to the true meaning of Juneteenth.”