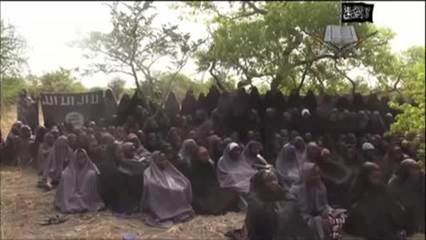 Just at press time, details were announced of an explosion in a shopping mall in Emmab Plaza in Wuse II, Abuja. At least 20 people were killed. This cycle of violence continues as citizens continue to rally and fight back in the wake of radical Islamist group Boko Haram’s vicious reign of terror.

With the kidnapped 270 Chibok girls still being held by the group two months after their abductions from their school, protestors are demanding that the government of President Goodluck Jonathan rescue them and bring them home. Fear that the terrorists will use the teenage girls as human shields has led to reports that the government is involved in conversations with the group to do an exchange with some of Boko Haram’s incarcerated leaders.

Meanwhile, the news is that last week, at least 91 people—more than 60 women and girls, and 31 boys—were abducted in Boko Haram raids on villages south of Maiduguri, Borno state. Reportedly, about 30 people were killed in this assault.

The protests and demands are a loud, daily occurrence in Nigeria, and here in New York, activists such as Ronke Olawalem, Ruth Evon Idahosa, Nkechie Ogbodo, the Rev. Cheryl Anthony, Micheal Adeniyi and the Rev. Herbert Daughtry have been keeping the flame alive with constant protests. There will be another one on Friday, June 27 at 12 p.m. in front of the Permanent Mission of Nigeria to the United Nations, located on Second Avenue between 44th and 45th streets.

“While the news from Nigeria continues to be depressing, one Nigerian official said that the girls are probably scattered and married and it would be difficult to find them. We are still hopeful that at least, some of them can be rescued,” Daughtry told the Amsterdam News. “We will continue to march, demonstrate, have prayer vigils, write and speak out on their behalf. We are hopeful that once they have been rescued, there would be sufficient material support for them. We will continue to hold the noon prayer vigils on Tuesdays and Thursdays at the Ralph Bunche Park across the street from the United Nations.”

Daughtry also continues to hold Interfaith Religious Leaders meetings at his House of the Lord Church (415 Atlantic Ave., Brooklyn), on Saturdays at 4 p.m. He said, “I will be participating in the rally this Friday at noon in front of the Nigerian Mission. I hope that the governments and leaders of the world will not give up, but will intensify their efforts to rescue these children.”

New York activist Ruth Evon Idahosa added, “For months, I have heard commentators contend that Nigeria has two options in connection with the 276: either launch a military operation or negotiate with Boko Haram. The harsh reality that we have watched unfold over the last two months is that the Nigerian government has carved out its own third, disheartening option which reflects the morbid disconnection of its soul from humanity, i.e., we will play the role of ‘onlooker’ and let the chips fall where they may. However, to quote the words of Karl Marx, ‘Every onlooker is either a coward or a traitor.’ I beg to differ—as the Nigerian government has proven, as abductions become our weekly reality—that it can simultaneously be both.”

Olawalem stressed the panic felt by many over the girls, stating that of the other 300 girls kidnapped, “about 57 escaped, but some 272 are still being held against their wish, and nobody knows their state of health and/or whether they are living/dead or when they would be rescued. Their parents, friends and schoolmates are traumatized. We can’t continue to be quiet about this unfortunate state of affairs here in the U.S., so we have decided to join forces together with our friends from other parts of the world to stand in solidarity with the girls and their families, and continue to challenge the Nigerian government to rescue these girls.”

Olawalem urged attendees to the rallies, including the one on Friday, to “consider wearing red and bringing a sign to help amplify our voices.”

Idahosa has gone even a step further, stating “If you are in Nigeria, please join me; my mother, Archbishop Margaret Benson-Idahosa; and other spiritual mothers of Nigeria on Saturday, June 28 at 10 a.m. at Lagos’ Tafawa Balewa Square, when thousands will gather for a national day of prayer for the #276 abducted #Chibok Girls and their families (#ReturnRestoreRebuild #careforourgirls #Nigeria=I’Mpossible).”