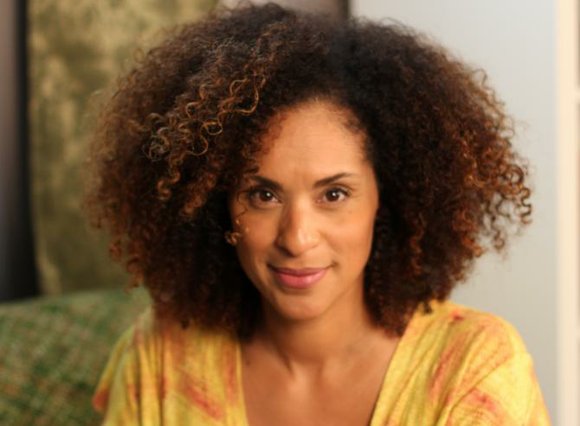 On the set of Mommy and Chief. Provided by Karyn Parsons.

“In the schools we pretty much learn about the same handful of stories of black people and accomplishments. And they are fascinating, great stories, but they’re the same ones. There’s so many people who contributed to this country, who created the fabric of this country, that are not white,” she explained in an interview with the Root.

Her next film will detail the life of Janet Collins, the wildly talented but often overlooked prima ballerina. Chris Rock will narrate the picture.

“They’re like sponges, children. They pick up little things,” Parsons advocated. “The messages that they’re getting, not even the overt ones, but just the subtle, quieter ones, are not the messages we want for them, and we have to do all that we can, all of us, to undo this, to undo the damage and to build our children’s self-esteem up, and I think having these films at an early age, bringing these stories of real accomplishment and achievement to them early, they’ll feel that empowerment and recognize what they can be.”

The actress turned storyteller is crowdsourcing through KickStarter for the funding of her film. Those who donators are eligible to receive memorabilia from celebrities fond of the idea to educate children on Black American.

Questlove is donating signed drumsticks. Misty Copeland, the first African American soloist with the American Ballet Theater, will donate a pair of signed pointe shoes. The cast of the Fresh Prince of Bel Air are donating personalized voice mails.

Parsons already made a short film about Henry Brown, the slave who ingeniously mailed himself to freedom. That film and the one about Janet Collins films have both been made through Parsons' non-profit company Sweet Blackberry.

“I think if children recognize early on the accomplishments of African Americans and their contributions to this country that are so significant … they’ll recognize that in themselves and they’ll be empowered by it,” Parsons admitted during that same interview. “And also for children who are not black, it also makes them look at their friends and look at black people differently … than the way … media presents black folks and their contributions.”