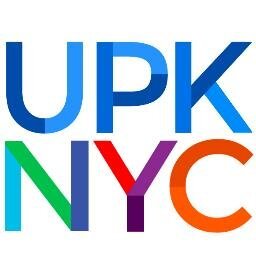 Tuesday, New York Mayor Bill de Blasio headed to Albany to advocate for his administration's universal pre-k plan. But, while many rallied against the plan in the capital, a new poll says they may be in the minority.

New Yorkers are calling a quality education for preschoolers. A poll conducted by Quinnipiac University revealed that 78 percent of voters believe that universal pre-K would be “very effective” or “somewhat effective” in improving the education system for children in the state.

The poll also concluded that the majority of New Yorkers, 63 percent, support Mayor de Blasio’s plan to raise the income tax on the wealthy to fund universal pre-K. Sixty-eight percent of this total were city residents. New York City’s plan reportedly requests $340 million in pre-K funding this year, while officials in Albany propose $100 million in pre-K funds for the entire state.

The Campaign for Universal Pre-K and After-School (UPKNYC), a grassroots campaign to improve pre-K and afterschool programs, consists of leaders from business, civil rights groups, academia, advocacy groups and the arts.

“The poll is clear that voters want a real pre-K plan, and the City’s plan is the only option on the table that actually funds a real investment in early education,” said UPKNYC’s campaign director Josh Gold in a press release.

UPKNYC cites a Minneapolis Federal Reserve Bank study that found education investments exceed the return on investment of other economic development projects. In other words, as many experts agree, investments in early educational and developmental programs, like pre-K and after-school activities for the youth, will provide major economic benefits in the city’s future.

This revelation is what prompted leaders in various fields to launch the campaign. UPKNYC recently released a video showing the increasing national attention for New York City’s plan to raise taxes to fund quality pre-K as well as after-school programs for middle school students.