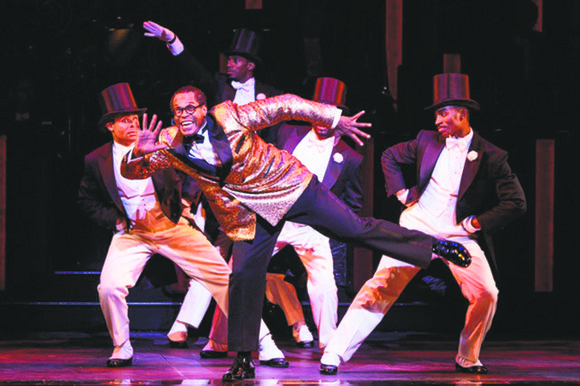 Greetings! Our GBE Women’s History Month is lit up with Oscar wins for “12 Years a Slave” in the categories of Best Picture for director Steve McQueen and Best Supporting Actress for Lupita Nyong’o.

Now comes a theatrical and film masterpiece “A Raisin in the Sun,” the heart-wrenching family drama that originally premiered on Broadway in 1959, written by the brilliant Lorraine Hansberry, led by two award-winning legends. Oscar- and Tony Award-winning actor Denzel Washington will star alongside the breathtaking, legendary Diahann Carroll, who will be making her first Broadway appearance in over 30 years. The historic 2014 revival will run at the Ethel Barrymore Theatre (243 W. 47th St.), the very same venue in which the original play debuted almost 55 years ago. It will be directed by Kenny Leon (“Fences”). Previews begin March 8 and opening night is April 3. Call 800-901-4092 or visit telecharge.com for tickets.

“After Midnight” celebrates the glamour and exuberance of Harlem’s Golden Age, with the timeless songs of Duke Ellington, Cab Calloway and Harold Arlen woven around the prose of Langston Hughes. The production stars Emmy Award nominee Dulé Hill (“The West Wing”). The music was selected by the Jazz at Lincoln Center All-Stars. For more information, call 800-982-2787 or visit ticketmaster.com.

The Schomburg Center for Research in Black Culture presents “Motown: The Truth is a Hit,” featuring items highlighting the institution’s beloved musical acts. The multimedia showcase is on display now through July 26 at the Schomburg Center (515 Malcolm X Blvd.).