Marian Anderson, a ‘voice heard once in a century’ 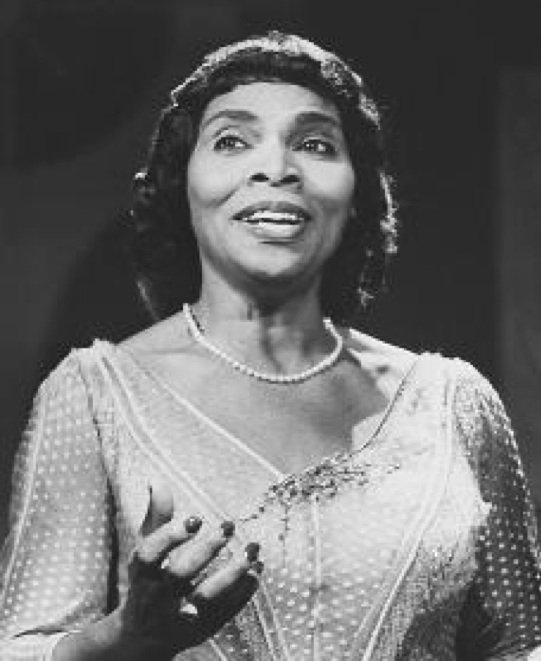 Whether dipping into the vast reservoir of spirituals or wrapping her glorious voice around an aria from any of the great operas, Marian Anderson was something to behold. The great conductor Arturo Toscanini said her voice was one heard only “once in a hundred years.”

And thankfully in our digital age, her splendid contralto is immediately accessible on the Internet. Among the many pieces that were captured, listen to the melodic sweep of her voice on “Softly Awakes My Heart” from Camille Saint Saens’ opera “Samson and Delilah.” Then go to YouTube and hear her rendition of “Deep River” accompanied by pianist Lawrence Brown.

Find out more: Black classical singers, like Black classical music, get very little notice in the media, and it’s a shame that someone of Anderson’s renown isn’t discussed more in musical circles. Her life is worth more than a glance as we enter Women’s History Month.

Discussion: What challenges did Anderson face as she embarked on a career in opera and classical music? She had to endure both racism and sexism in her quest, but it will be worthwhile to discuss some of the fortitude and determination that made her a success.

Place in context: Would Anderson, who was born in the 19th century, fare better now in the world of opera and classical music? Clearly, racism and discrimination were highly prevalent during her lifetime, but it may be fruitful to see how things have changed, or not changed, for Black aspirants in this field of endeavor.

The blend of classical music and spirituals was a natural fit for Anderson, though it might be best to reverse these two genres because it was out of the church that her voice was first nurtured and the musical source from which she drew her enduring inspiration.

She was born in Philadelphia on Feb. 27, 1897, and she began singing in the Union Baptist Church choir at a very early age. So impressive was her voice that church members and neighbors, recognizing her emerging talent and realizing she didn’t have the money for formal lessons, often raised the funds for her to acquire the best teachers.

Some of the best teachers were at the Philadelphia Music Academy, but because of the color restrictions, Anderson was not allowed to study there. But Giuseppe Boghetti and Agnes Reifsnyder were available, and from them, Anderson refined her gifts, and these teachers were often blessed to have such a devoted student whose was ready to ascend the musical steps to wider recognition and fame by the time she was 23. She entered a contest with more than 300 other singers and bested them all, thereby earning an opportunity to sing with the New York Philharmonic Orchestra.

From this prestigious platform, she moved effortlessly to other plateaus of exposure and was soon presented with grants and foundations for further study in the U.S. and abroad. After several years of performing in Europe, particularly on stages in Germany, England and Scandinavia, where she had garnered great acclaim, she signed a contract for a series of concerts in the United States. Like many African-American artists of her time, including performers such as jazz musician Sidney Bechet and chanteuse Josephine Baker, she achieved success in Europe before she could appear at the best venues in America.