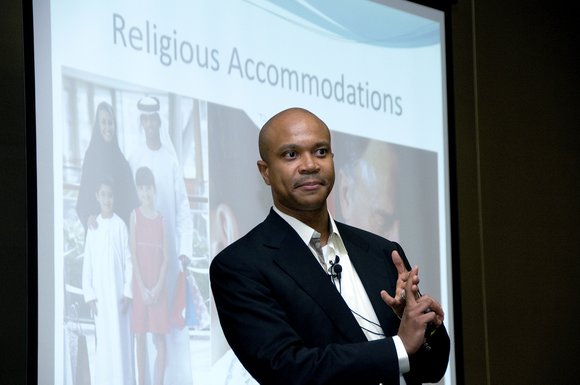 “Am I my brother’s keeper?” Cain asks the Lord in Genesis after having slayed his brother Abel. The Bible teaches us of the Lord’s displeasure.

“Your brother’s blood cries out to me from the ground,” said the Lord.

This is arguably the Bible’s first illustration that our brother’s fate is intimately bound to our own. We are judged not only by our own faith and spiritual righteousness, but also by our treatment toward all of His children. President Barack Obama’s “My Brother’s Keeper” initiative calls upon us to address the crisis among some of our most vulnerable citizens: young men and boys of color.

In the District of Columbia, the high school graduation gap between African-Americans and white students is 50 percent. In New York, the Black-white graduation gap is 42 percent. Young Black men ages 15-24 are 4.5 times more likely than white youth to be killed by gun violence. These and a host of other life-outcome statistics demonstrate that too many of our young men of color are derailed from paths that lead to healthy, fulfilling lives. For too long, our racialized criminal justice system and inadequate education resources have left minority families financially insecure and devastated entire communities. Consequently, we as a nation are robbed of the immeasurable talents of young men of color—a dismal reality that tramples the untapped potential of millions of our children.

The nation is in need of an all-hands-on-deck strategy. It is against this litany of challenges that I and the Black Church Center for Justice and Equality—a cohort of over 100 African-American pastors committed to reclaiming the social justice tradition of the Black church—applaud Obama’s recent announcement of My Brother’s Keeper. Obama’s initiative should encourage my cohort of faith leaders and educators that the winds of a national effort are at our backs.

The private sector, civic groups, educators and elected officials must scale up initiatives whose impact meets the staggering challenges facing young men of color. The initiative’s slate of programs will reinforce efforts that countless civic- and faith-based organizations have shouldered for decades.

The Black Church and historically black colleges and universities (HBCUs) have, over the course of their centuries-long histories, fulfilled the role of a refuge, sanctuary and school house for African-Americans. The Black Church and HBCUs improved literacy, offered training in skilled trades and provided spiritual nourishment for millions of Americans whose contributions to our society were often unheralded. Indeed, faith leaders should regard the history of these twin pillars of Black America as a blueprint. We must reclaim our tradition by pursuing social justice and improved life opportunities for our disadvantaged brothers and sisters.

Obama has called on the private sector and nonprofits to invest $200 million over the next five years to tackle the variety of social and economic challenges young men of color confront. It is especially heartening that the administration has explicitly called for efforts to provide counseling and other anti-violence outreach. This outreach will address the social and emotional life skills that young men and boys of color too often don’t receive. This investment will demonstrate to our young men, their communities and the nation as a whole that we value their potential. After all, each is a potential change agent. Their success and inclusion is critical to solving the most intractable challenges we face as an American family.

The Rev. Delman Coates is the senior pastor of Mt. Ennon Baptist Church and the president of the Black Church Center for Justice and Equality.